Fascinating, Fun and Freaky: Our Best Stories You Might Have Missed This Week

Celebrating the Chinese New Year? According to Chinese astrology, it's the year of the fire rooster. An impressive animal, for sure, but it probably doesn't have "reversible saliva." Frogs have that nifty trait. If you didn't already know that, it's likely you missed some of our stories this week. That's OK — we'll get you up to speed. Read on!

The phrase "it's not brain surgery" exists for a reason — carving up humans without harming them is no easy task. But for Scottish surgeon Robert Liston, it might as well have been a sport. Liston's operations were a matter of skill, accuracy ... and superspeed.

It's life or death in our new article about frogs' reversible saliva, too, but for tiny insects instead of humans. When it's feeding time, a frog's saliva morphs from thick to thin and back again to make it easier to catch and swallow prey.

But food's not always that easy to get. In an episode of Stuff You Missed in History Class, Tracy and Holly explain how 18th-century protesters marched from Paris to Versailles, fearing the very real threat of famine.

OK, we know that Henry Ford was a pioneering innovator. But was he offbeat enough to make a car out of hemp? Find out in the latest episode of CarStuff.

While the mysterious hemp car is a question of actuality, this next story is one of legality. U.S. President Trump's serial-tweeting tendencies didn't change when he took office. Nor did his habit of deleting tweets. We tease out the facts on whether that's even lawful in this article.

If you're lactose intolerant, the answer to why you can't guzzle a gallon of milk is a no-brainer. But it takes an episode of BrainStuff to get the bottom of why the rest of us spew after draining a whole jug of the stuff.

The footage of Elisa Lam's curious actions before her death spooked the internet when it surfaced back in 2013. But it's continued to haunt us, so much that the story has inspired TV shows, movies and even the latest episode of Stuff They Don't Want You to Know.

Think about how you would feel standing on the edge of a high precipice. Terrified? Overwhelmed? Eager to jump (but not to die)? Robert and Christian dive into the "call of the void" phenomenon in a recent episode of Stuff to Blow Your Mind.

Apparently, the skies are wondrous and full of mystery. A meteor with a green glow illuminated the Midwestern U.S. recently. A call from the void?

Decoding Your Desk: What Does It Say About You?

A Newly Surfaced Photo of Harriet Tubman Is Going to Auction 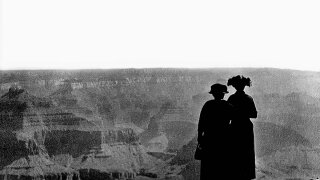 Jump Into The Void 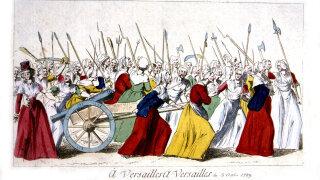 The Women's March on Versailles