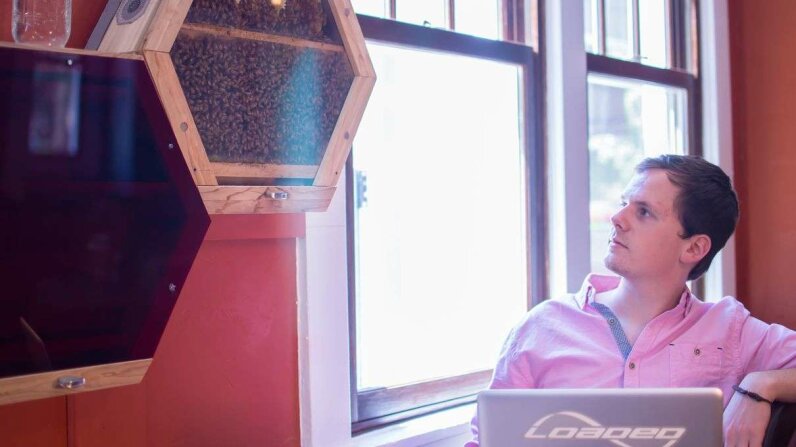 One of the year's top stories was about a startup looking to transform beekeeping into a form of live artwork. Greentowers

You Should Probably Start Keeping Live Bees as Artwork: Interviewing the inventor behind indoor observation beehives was so fascinating, I decided to become a beekeeper myself! Bees pollinate about 80 percent of the flowering crops in the U.S. and have been declining in numbers for several years. However, there's new evidence that the rise of hobby beekeepers may help us avoid a bee-pocalypse after all.

'Monster Science' Takes on Exploding Termites in Little China: Even at HowStuffWorks, it's not every day that you get to compare cult classic movies to real-world biology, but I try to fit it in whenever possible. In this year's assortment of "Monster Science" episodes, we had a blast dissecting the amazing science of exploding termites by comparing them to everyone's favorite self-rupturing sorcerer in John Carpenter's "Big Trouble in Little China." Watch the  video below and you'll even glimpse a certain monstrous cameo.

Ain't That Some "Shhh": Doc Reveals New Method for Quieting Crying Babies: I don't have a crying baby in the house, but anyone who's been around one for any time at all — on a plane, in a restaurant, in a movie theatre — has wished for a way to, please God, just shut that kid up. Dr. Bob Hamilton, a sweetheart of a pediatrician from Santa Monica, found a way (we hope) and shared it with the world on YouTube. "The Hold" has been viewed more than 16 million times in its first couple weeks. It could be the answer that millions of frazzled parents and baby-phobic millennials have been — um — crying for.

You Might Not Get to Hear Wu-Tang Clan's Latest Album: When Martin Shkreli's company Turing Pharmaceuticals purchased a drug for treating toxoplasmosis and marked up the price from $13.50 to $750 per pill, many people spoke out. When he bought the one and only copy of Wu-Tang Clan's album Once Upon a Time in Shaolin, I began to suspect he was making the transition to James Bond villain. Word is his company is looking to hike up the price of another drug, and he recently got into even more trouble, so who knows what 2016 will bring?

Why More Companies Are Offering Paternity Leave — and Men Feel Freer to Take It: As a work-from-home dad of three who juggles childcare with deadlines and making dinner with making a writing career, this article really hit home. I'm glad to hear that my wife and I aren't alone in trying to find a more equal and fulfilling balance between work and family.

Mile Bleh Club: Why Airline Food Doesn't Taste Good: This was one of my favorite 2015 HowStuffWorks Now articles because it's "sticky science" — the type of cool facts that stick around in my brain because they offer nifty explanations for everyday shared experiences like unappetizing airline food. And it's wonderfully portable trivia you can trot out to impress your friends at the airport, obviously, or at brunch while sipping on a Bloody Mary ... or two.

American Horror Story: What Do Americans Fear The Most?: It's a well written piece that was timely for its release (Halloween season) while still answering a question about something any reader could identify with: fear. It went deeper than that simple answer with some analysis as well. The author spent the time to look into cultural consumption of media and talked to a primary source.

Your Heart — and Your Life Story — in a Computer Game: This story about autobiographical video game "Memoir En Code," designed by a 25-year-old Italian guy, is a great example of why I'm so happy to be working on HowStuffWorks Now. It's a small story that staffer Jonathan Strickland suggested, one that I probably would not have heard of, as I'm not much of a gamer. I loved that the designer was brave enough to share the details of his life, and it made me want to share this story.

The Stew You Brew (and Eat) for Years: Perpetual Stew: I really enjoyed our article about perpetual stew. It was interesting to find out how it works, why it doesn't spoil and how the flavor profile of the stew continually changes. The writing was so descriptive that I could almost taste it, and I finished the article wanting to try a dish that Stu had contributed to.

Why You Should Let a Pigeon Perform Your Mammogram: So now we're conducting studies to determine whether pigeons — yes, PIGEONS! — can detect breast cancer by reading pathology slides. Come on! I'd rather trust my mammogram results to Doogie Howser any day. Still, super interesting.

Can't Open That Childproof Bottle? Ask an Amazing Octopus: Not only did I find out how stunningly intelligent — and alien-like — these shape-shifting creatures are, but I now get to correct people (in my head) when they call them "octopi." Priceless.