Flintstones , Frightening and Fragmented: Our Best Stories You Might Have Missed This Week

Browse the article Flintstones , Frightening and Fragmented: Our Best Stories You Might Have Missed This Week 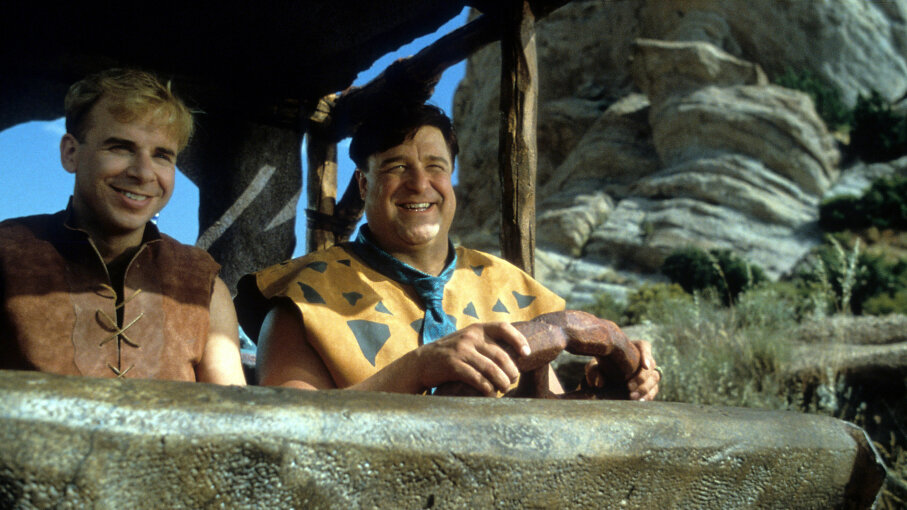 Rick Moranis (left) as Barney Rubble and John Goodman (as Fred Flintstone) ride together in a scene from the live action 1994 film "The Flintstones." Universal/Getty Images

The beginning of the new year can be anticlimactic. The holidays are over, and most TV shows are on hiatus. One of the best ways to beat boredom is to flex your brain cells. The writers here at HowStuffWorks are starting 2018 off strong. Here are some of the stories you may have missed this week.

"The Flintstones" aired on Sept. 30, 1960 and was America's most popular animated sitcom until the late '80s. The show depicts a pre-historic world in which humans peacefully coexist with dinosaurs. This lead HowStuffWorks writer Bryan Young to ask an odd question. Were the Flintstones Neanderthals? The show offers a few clues, but to get a definitive answer to his question, Young had to consult the first issue of "The Flintstones" from DC Comics. Find out what he learned in our article.

When people think of earthquakes, they imagine two fault lines rubbing together until one snaps, causing the ground to shake, but quakes may also occur in the sky. Skyquakes are a world-wide phenomenon that date back centuries and are associated with unexplained booming sounds. In 1851, author James Fenimore Cooper described skyquakes in the Catskill Mountains of New York as "a sound resembling the explosion of a heavy piece of artillery, that can be accounted for by none of the known laws of nature." And on Nov. 14, 2017 some Alabama residents called 911 after hearing a loud boom. The U.S. Geological Survey didn't see any signs of an earthquake, and NASA scientist Bill Cooke doubted that the noise could have been caused by a meteor because there were no reports of a fireball in the sky. Our article digs deeper into what skyquakes are.

During the dead of winter, many pack their bags and travel south to warmer areas. As it turns out, there's a 19,000-mile highway that connects Alaska to Argentina. But before you hop in your car to drive it, you should know that there's a 66 mile stretch between Panama and Colombia that isn't paved at all. This stretch is called the Darien Gap and on this week's episode of the podcast Omnibus, Ken Jennings and John Roderick discuss why it's still there. Darien is the southernmost province in Colombia. The terrain is especially difficult to cross because it's near a mountain range, and the Tuira River makes the ground swampy. Learn more reasons by listening to our podcast.

Now That's Cool
Head to our homepage to get the latest and greatest HowStuffWorks content, all in one spot.