Incredible, Intriguing and Irrational: Our Best Stories You Might Have Missed This Week

Browse the article Incredible, Intriguing and Irrational: Our Best Stories You Might Have Missed This Week 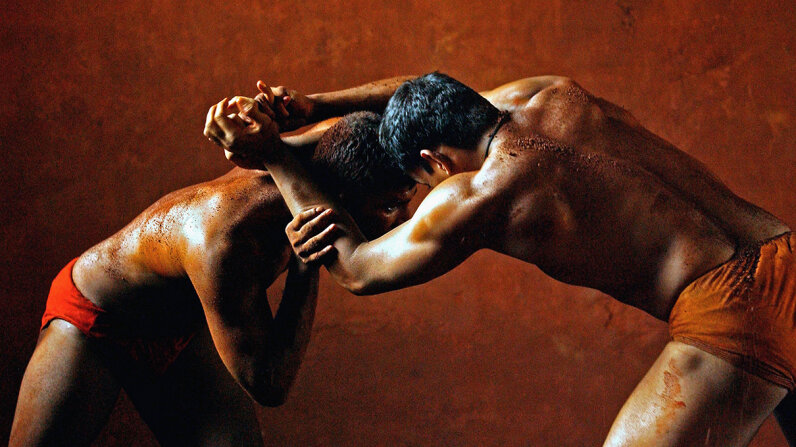 It's always good to gain a little more (fact-based) knowledge, especially when it involves mud wrestling and swearing for strength. Lucky for you, stories about those very topics are in this week's roundup of our articles and podcasts. Read on to pique your inner know-it-all!

Scientists often look to the talented and diverse creatures of the animal kingdom for engineering inspiration. Recently, a team of researchers set up high-speed cameras to see how ladybugs fold their proportionally enormous wings — and their findings could lead to new tech for umbrellas and even flying robots.

It seems like it would be hard not to get, well, hung up on the pain of being suspended from hooks embedded in your flesh. But people who practice body suspension do just that. In fact, they embrace the practice. Find out how it feels to float on hooks in a new episode of the podcast Stuff to Blow Your Mind.

Pretty colors, vibrant light and a hint of mystery — auroras are perfectly Instagram-worthy space weather phenomena. It's no wonder hosts Josh and Chuck chose to dive into the details of polar lights in a new episode of Stuff You Should Know.

The new hosts of Stuff Mom Never Told You, Emilie Aries and Bridget Todd, kick off the reboot of the feminist podcast with a show about maintaining friendships and developing new ones when life gets hectic. Listen to the episode here.

Government officials have been taking advantage of loopholes for time immemorial. Estonia has joined the well-worn tradition by offering e-residencies to people who live outside the country, allowing U.K. citizens and others an in to the European Union. Find out more about the program by reading this article.

Kushti, an ancient South Asian sport, features wrestlers whose goal is to pin their opponent to the ground — which is often mud or dirt. But the practice has spiritual and moral roots, too. See the pehlwans, or kushti wrestlers, in action in this recent article.

We recently reported that folks who have potty mouths may be more honest. Now, we've got an update on the surprising benefits of swearing front: A small, recent study showed that swearing can give exercisers extra oomph in the gym. Get the scoop here.

Humans never cease to find new ways to test their bodily limits. Downing a gallon of milk in one sitting seems like a terrible idea, but hey, what's the value of reason or practicality, anyway? Find why chugging the dairy drink is so vomit-inducing in this article on a recent BrainStuff episode.

Facial recognition technology can be relatively innocuous, like when it's used to suggest tags in photo apps and social media. But recent news that half of American adults have photos in an FBI database, used without consent to identify criminal suspects, is a far cry from harmless. Learn more about the facial recognition database in a new episode of TechStuff.