Mind-blowing, Mysterious and Maddening: Our Best Stories You Might Have Missed

by Yves Jeffcoat Feb 23, 2017
Palestinian barber Ramadan Edwan uses fire to straighten the hair of one of his clients. MAHMUD HAMS/AFP/Getty Images

Around the globe, folks who observe Carnival are gearing up for the parades, dancing and heaps of food that surround Mardi Gras festivities. But if you're not taking part in the pre-Lent merriment, that doesn't mean you have to miss out on all the amazing things happening worldwide. Read on to catch up on some of our new podcasts and articles.

Fittingly, our first mind-blowing article is about hairstylists setting coifs ablaze — on purpose. Some barbers claim the flames have impressive effects on a 'do, like strengthening hair and getting rid of split ends. Need we say it? Don't try this at home.

In a new two-part episode of Stuff to Blow Your Mind, hosts Christian and Joe explore animal intelligence, or why when someone calls you a "bird-brain" it's totally a compliment. Click the podcast player in this article to hear part one. And don't forget to tune in to part two, when the hosts pick the brain of a human — Frans de Waal, a primatologist with plenty to say about creature cognition.

Evidently, scientists' quest to understand animals' abilities is never-ending. The dental features of a small, mammalian ancestor that predates dinosaurs and snakes indicate the animal is the earliest known venomous vertebrate. Sink your teeth into the article here.

Maybe the Space Race is over, but the cosmos still provides plenty of fodder for talk of conspiracy and secrets. In a new article, writer Clint Pumphrey reveals real and alleged affairs the Soviet space program kept under wraps — like the case of the lost cosmonauts.

Humans have a love/hate relationship with leeches: We love when they treat our medical problems, but we hate when they get stuck in our throat. Yeah, that's a real thing. So real, in fact, that it has a fancy name: internal hirudiniasis.

Apparently, we've been pretty concerned with bodily oddities this week. A diorama at the Carnegie Museum of Natural History featured attacking lions, a camel and a man — with a real human skull. Read about the controversial taxidermy of the Verreaux family in this article.

In 2006, a car carrier shipping thousands of Mazdas from Japan to the U.S. tipped over. The crew was fine, but the cars  ... Scott and Ben tell the rest of that story and other disastrous tales that are sure to make car lovers shudder in the latest episode of CarStuff.

There's not much that's more irritating than constant, unpleasant loud noises — except for the phantom ringing that follows them. BrainStuff host Christian explains what causes tinnitus in a new episode of the podcast.

Many stories about climate change deal with the death of habitats and depletion of resources. Unfortunately, this one's no different. The Colorado River is drying up, and flows are predicted to lower even more in the next century. A worrying update, for sure. 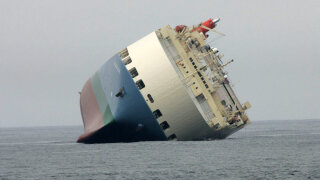 The MV Cougar Ace and Other Large-scale Car Disasters 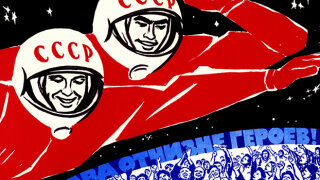 5 Secrets About the Soviet Space Program