How Applause Starts and Spreads Is Oddly Scientific

Audiences around the world break out in applause at the conclusion of a stage play or a musical concert, or when their favored Presidential candidate steps up to the podium to make an acceptance speech at their party's convention. Humans have been applauding in approval since ancient times. The custom is mentioned in the Old Testament, which depicts the Israelites clapping their hands and shouting "God save the king!" for a young heir to the throne.

But how does a group of people start applauding, and what determines how many other people join in and how long the accolades last?

Those aren't easy questions to answer. Applause isn't a subject that researchers have studied extensively, and there seem to be only a handful, pardon the pun, of studies in the scientific literature.

"There was relatively little connection between how much people liked what they saw and the duration of their ovation."

As one 2003 scientific paper explains, one theory is that audience applause is triggered by a few individuals who have a lower threshold of embarrassment than the rest of the crowd. These brave enthusiasts' clapping lowers the "embarrassment cost" for others.

"Whatever one's threshold is, their 'embarassment' is reduced as others around them start clapping," co-author Gary Lupyan, an associate professor of psychology at the University of Wisconsin, Madison, says via email.

But whether they actually join in, the researchers concluded, had to do with whether the performance they'd witnessed crossed a threshold for "impressiveness" — that is, whether the mass of people was sufficiently pleased by what they'd seen or heard. They found that people's liking for a performance correlated to how long the audience kept clapping. As the effort of clapping began to exceed their enthusiasm, some individuals stopped clapping, raising the embarrassment cost for the remainder and giving them an incentive to stop.

The researchers also found that large audiences tended to applaud more predictably than smaller groups. "Imagine that five percent of people applaud at everything," says Lupjan. "A smaller audience has a larger probability of not having any such person — that would be a tough crowd."

More recently, as a study published in 2013 in Journal of the Royal Society details, University of Leeds mathematician Richard P. Mann and colleagues filmed groups of between 13 to 20 college students watching oral presentations. They found that there was relatively little connection between how much people liked what they saw and the duration of their ovation.

Instead, they discovered that applause was a sort of "social contagion" that started with a single person in the audience, who typically began clapping about 2.1 seconds after the speaker finished. The clapping then spread rapidly through the groups over the next 2.93 seconds. At 5.56 seconds, the first applauder typically stopped, and by 2.6 seconds later, on average, the rest of the audience was no longer putting their hands together as well.

The researchers also came to another surprising conclusion. It wasn't physical proximity to another person clapping that triggered applause. Instead, Mann explained in a National Public Radio interview, it was the loudness of the applause that got audience members to join in. "As soon as people can hear that other people in the audience are clapping, they begin to clap themselves," he said. " So often you are feeling social pressure from audience members you couldn't directly see."

As you've probably noticed, long ovations tend to vary in the speed of clapping and go up and down in loudness, and at times, the audience may seem to be clapping in unison. In a study published in the journal Nature in 2000, Romanian researchers recorded applause from theater and opera performances by placing a microphone on the ceiling of the hall. They discovered that people who were applauding often started out clapping rapidly and chaotically. But after a few seconds their claps began to slow and synchronize into a distinctive rhythm, which added to the intensity of the noise. The urge to synchronize the claps, they noted, seemed "to reflect the desire of the audience to express its enthusiasm by increasing the average noise intensity."

Paradoxically, though, as people strive to make an even louder ovation to show their enthusiasm, they begin to clap more rapidly. That tends to disperse their clapping and destroy the cumulative synchronization. It's only when they slow their claps that the applause becomes thunderous again.

Now That's Interesting
There's no real difference in the sound that men and women make when they clap, as it's not the size of the hands that determined sound quality as much as it is the shape of the hand as it's clapping. People who hold their hands at an angle and clap with their fingers and palms, for example result in a higher mid-frequency energy in the sound, while people who only clap with their palms produce a lower-frequency sound.

Welcome to the Mosquito Factory

http://No Wisdom in Crowds? One Head May Be Better Than Two or 22 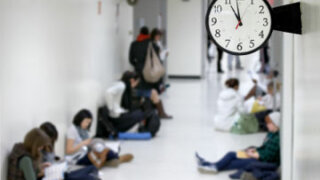 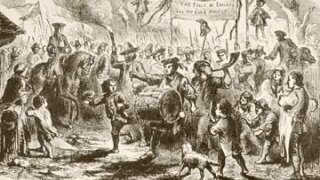