Weird, Wacky and Wonderful: Our Best Stories You Might Have Missed This Week

Mmm ... nothing beats a good protein shake. Especially when crickets are the protein. Doesn't sound like your cup of tea? That's cool, because it's actually a cocktail, courtesy of a new company called Critter Bitters.

Writer Laurie L. Dove brought us the story of another concoction that's hard to swallow: molten gold. Humans are pretty good (in an awful way) at inventing new methods to kill each other. Pouring gold down a victim's throat — a real thing that happened throughout the ages — is no exception.

Also, there's a new star in insect town. The Aethiocarenus burmanicus, a bug that eerily resembles fictional depictions of aliens, got its own scientific order. Get the details on the 100-million-year-old creepy-crawly here.

Don't worry — we won't be getting a cease-and-desist letter from the NFL anytime soon. But if any of your local haunts are hosting viewing parties under the Super Bowl name and charge admission, they might be in for a lawsuit.

Think that's a bit overboard? Try walking around the world. On a new episode of the podcast BrainStuff, host Christian Sager talks about the brave souls who attempted to traverse Earth on foot.

But when it comes to record-breaking feats this week at HowStuffWorks, stolen data takes the cake. In a new article, TechStuff host Jonathan Strickland reports that a whopping 4.2 billion data records worldwide were stolen in 2016.

What could be more wonderful than living forever? Stuff to Blow Your Mind hosts Robert Lamb and Joe McCormick tell tales of deathless warriors and hermits in Chinese mythology in a recent episode of the podcast.

Even though Lybia boxer crabs aren't immortal, they've got an amazing survival mechanism: bioweapons. Armed with regenerating sea anemones, these crabs are willing to fight others to the death to grab hold of their tiny, dangerous friends. Watch these fascinating creatures in action here.

Multitalented mogul Lucille Ball is the topic of discussion in the latest episode of Stuff You Missed in History Class. 'Nuff said.

Which States Give the Most to the Federal Government and Which Get the Most?

Pets Satisfy Kids More Than Their Siblings Do, Study Suggests

Is That a Cricket in Your Cocktail? 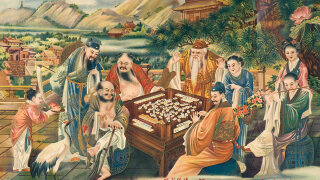 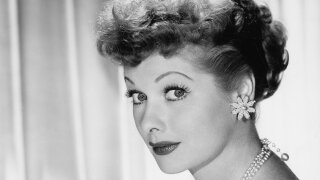