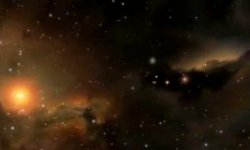 Morgan Freeman really wants to tell you about dark energy in this video.
Science Channel

Discovery Magazine once said this guy possessed one of the "20 Best Brains Under 40." In 2012, the professor of astronomy and physics at Johns Hopkins University is now in his 40s and no less impactful for the few extra years. Adam Riess' research has sought to answer some of the biggest questions of cosmology: Is the universe expanding? And, if it is, at what rate and by what mechanisms?

In 1998, he began to provide crucial answers when he led the High-Z SN Search Team -- an international group of scientists using the Hubble Space Telescope to study the behavior of light from distant exploding stars -- to investigate whether or not gravity was reeling the universe back from the slingshot ride caused by the big bang. To their surprise, Riess and his colleagues discovered that the acceleration of the universe wasn't halting, but speeding up at an alarming rate. Riess coined the term dark energy to describe the mysterious force responsible for the rapid expansion.

Riess has been hungry to better understand and describe dark energy ever since. He continues to keep an eye on supernovae, but he also studies cepheids (pulsating stars), all with the goal of getting more and better data to refine his calculations. Those calculations predict that dark energy makes up more than 70 percent of the universe. What they haven't revealed is the nature of dark energy itself. Is it a property of space, a new dynamic fluid or evidence of a different form of gravity? The answer to that question may be the biggest discovery of the 21st century.