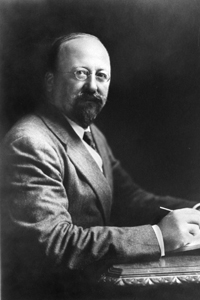 Sir Henry Head, a 19th-century British neurologist, was intrigued by the concept that people who suffered nerve damage could regain sensation once more. Head wanted to precisely map the road by which sensation returned — did sensation of hot and cold return before response to painful stimuli like pin pricks? However, Head faced a roadblock: The patients he interviewed painted fairly obtuse pictures of their sensations during experiments.

Faced with a less than desirable pool of study participants, Head opted to fully study nociception (pain) by experimenting on himself. "I shall know a great deal about pain by the time this experiment is over," he wrote [source: Watt-Smith]. On April 25, 1903, at the home of a surgeon friend, Head underwent surgery to sever the radial nerve in his left arm (he was right-handed) [source: Voytek]. The radial nerve branches from the spinal column to the fingers and controls both movement, touch and pain sensations in the arm and hand. It's an important nerve — and Head had his surgically severed. A section was removed and the two remaining ends were tied together with silk to enable regeneration. Three months after his auto-surgery, Head had regained much of his ability to feel pain in his arm.

Over the next five years, Head was subjected to all manner of stimulation to his hand and arm by his co-experimenter, W.H.R. Rivers. Head developed a process he called negative attitude of attention, a sort of meditative state of deep introspection where he focused his attention exclusively on the minute details of his senses. Thanks to Head's early study of nociception, we have a much greater understanding of how the human brain processes different tactile sensations.