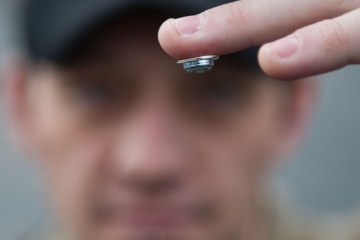 Kids today. If they're not piercing each other's ears with potatoes and ice cubes, they're slicing their fingers open and jamming neodymium magnets into their nerve endings. And they never go outside! They just spend all day performing genomic assays and building bionics in the basement.

Not terribly long ago, do-it-yourself (DIY) projects were the province of shade-tree mechanics and people who kept wood lathes in their garages. They dealt with grease and iron, wood and wiring, and left anything computerized or biological to the experts.

But in the early 1970s, cheap microprocessors sparked a race to build the first marketable personal computer, a contest that spawned future industry giants like Microsoft and Apple, the latter of which was born in the garage of Steve Job's parents. By the mid-1980s, a technology once fought over at universities and limited-tech research centers had become the domain of budding child programmers.

What does all of this have to do with bootstrapped biotechnology? Everything. As two generations -- the one that built computers and the one that grew up programming them -- sparked the Internet age and the dot-com boom, they also gave rise to a new ethos, one based on DIY technology, driven by a love of creation and a thirst for improvement, and connected by a network of freely shared ideas and tools.

This "hacker ethic" soon spread to hacking everything from our lives to our brains. Why should our biology or biological information be any different? Why, ask hackers, should we wait for industry or government to decide the direction technology takes? Who should own, access or profit from our information? If biology is destiny, are we content to trust our fate to accidents of genetics? And if knowledge is power, doesn't social equality demand that we place that power, to the degree prudent and possible, in the hands of the people?

They're difficult questions, but biohackers aren't waiting around for someone else to answer them. While body-modifying grinders seek to implant cutting-edge tech via the kitchen cutting board, other biohackers collaborate to build a better biological mousetrap, while still others teach basic genomics in community biotech spaces. With access to ever cheaper technology and the knowledge and community the Web provides, this small but growing movement is expanding cybernetics and genomics beyond the proprietary corridors of Big Pharma and the cloistered halls of universities.

All of which raises the question: Are biohackers aiding the democratization of science or letting the genie out of the bottle?

A Brief Bio of Biohacking 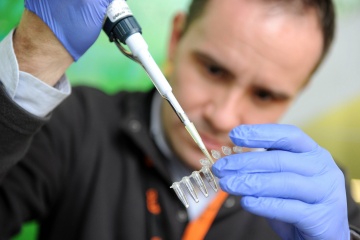 "Where is my flying car?"

It's a question that has come to symbolize the letdown many feel with how technology has played out -- an ennui born of comparing the fantasy future promised by midcentury science magazines with the shabby reality of Botox and erectile dysfunction pills.

If you're looking for the biological equivalent of flying cars, you could do worse than transhumanism, the idea that the human race can, should or must use science and technology to transcend inborn physical and mental limitations. We see hints of it in what some call "the quantified self," the trend of monitoring one's body and mind using smart watches or similar devices. But these represent the sort of packaged, proprietary applications that raise some hackers' hackles.

Biohackers are driven by the basic human desire to create, explore and innovate. They are inspired by curiosity to explore and experience new modes of existence. Such ideas reach back to sci-fi pulps, which teemed with half-robot humans and brains in mechanical bodies long before a word existed to describe them.

That term, cybernetics (from the Greek kybernetes or "steersman"), was supplied by American mathematician Norbert Wiener (1894-1964) in 1948. He coined it while investigating targeting-system feedbacks and information theory. By 1960, scientist and inventor Manfred Clynes suggested drugs and mechanical enhancements as a way to make life in space possible. Together with co-author Nathan Kline, he coined the term cyborg, a portmanteau of "cybernetic organism" [source: Popper].

Half a century later, people like Lepht Anonym, a boundary-pushing DIY grinder, and Kevin Warwick, a cyberneticist at the University of Reading, were itching to move past mere cochlear implants and insulin pumps to jump-start the cyborg future. Warwick began by implanting an RFID chip that could unlock doors. He soon moved on to implanting cybernetic sensors in his arm, by which he could manipulate a robotic hand or share sensory experiences with his similarly equipped wife across the Atlantic Ocean. Such technologies offer numerous potential medical and nonmedical uses, including telepresence robot operation or, conceivably, brain-to-brain communication [source: Popper].

Meanwhile, community biohacking spaces, which enable hobbyists and students to perform bioresearch, often with the help of professional mentors, began popping up in the 2010s. By 2013, they had expanded to around 40 independent citizen-science groups, half of them in the United States [source: Firger]. Well-known examples include Genspace, New York City's community biolab, and BioCurious, a nonprofit lab in Sunnyvale, California. Beyond conducting neighborhood bioscience, these groups contribute to a larger effort -- exemplified by MIT's iGEM (International Genetically Engineered Machine) organization and the BioBricks competition -- to educate people of all ages in genetics and biology.

Grinding Their Way to the Cyborg Future 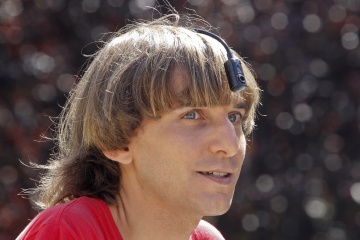 Mohandas Gandhi may have exhorted us to "be the change we wish to see in the world," but grinders take the concept to a whole new extreme [source: Shapiro]. Impatient for the post-human future predicted by economists and scientists, they've taken to their kitchens and body-piercing parlors to implant off-the-shelf and jury-rigged devices in their bodies.

The risks run high. Take the most popular application of the technique, implanting magnets in the fingertips, which grinders claim enables one to feel magnetic fields [sources: biohack.me; Borland; Popper]. It's a gateway biohack, a way to accustom newbies to the idea of cutting into healthy tissue and implanting foreign objects [source: Popper]. Without legal access to anesthesia, participants find that the very nerve endings that make fingertips (or, as some have proposed, lips or genitals) attractive as an implant point also mean a world of hurt and risk of passing out.

But the greater risk stems from improperly bioproofed implants. Failure to render an object or device sterile, waterproof and chemically nonreactive could bring about anything from an immune response to toxic exposure or infection, resulting in hospital stays, loss of life, or limb or neurological damage. To save money, many grinders pool information and resources on websites, order in bulk and bioproof using hot glue or silicone coating [source: Borland].

The chance to explore uncharted territory, to push the boundaries of the possible, holds a dangerous appeal. In that spirit, some garage biohackers are cobbling sensors and electronics into externally worn prototypes that they hope to eventually miniaturize and implant. These include a hat that electrically stimulates the prefrontal cortex, an anklet that vibrates in the direction of magnetic north and a device that works with magnetic implants to provide a kind of echolocation [sources: Borland; Firger; Popper].

Grindhouse Wetware, a small but growing group of basement biohackers located in the Pittsburgh suburbs, claims to be the first to implant such a device. In 2013, they inserted Circadia, a very basic biosensor package, beneath the forearm skin of Grindhouse member Tim Cannon. About the size of an overly thick deck of cards, Circadia accumulates weeks of body temperature data and sends it to a synced Bluetooth smartphone. It's a proof-of-concept for built-in smart watches that might one day display biometrics such as heart rate, body temperature, blood pressure and blood sugar, along with more common information such as time or text messages [source: Firger].

Artist Neil Harbisson took the safer route to biohacking: He convinced a hospital to do it. Born without color vision, Harbisson uses a device called an eyeborg, which helps him detect colors by translating them into skull vibrations that he can hear. After doctors permanently affixed the device to his head, he made history by taking the first government-accepted passport photo featuring such a device [source: Popper].

DIY Bioscience: If You Want Something Done Right ...

A few scattered grinders and basement biohackers might spark some novel technologies, but they're unlikely to inspire a widespread bioscience culture. For that, we must look to proponents of DIY bioscience, who break down barriers of education and access in much the same way that open-access, collaborative programming once opened up the digital world. Like the mid-1970s computer explosion, its expansion is fired by skilled people sharing time, knowledge and resources, but also by a spirit of entrepreneurship and impatient creativity.

How is it even possible to be a hobbyist in fields as cutting-edge as bioscience and biotechnology? As requisite tools become cheaper and refined into plug-and-play kits, they become accessible to a wider array of people. Add to that the power of volunteerism and the invention-mothering quality of necessity, and you have a recipe for innovation. The power of this principle grows more apparent when one considers that DIY bioscientists come from a variety of backgrounds, many of them technical, which enables them to build or modify essential equipment at a fraction of market value.

Consider OpenPCR, a biohacked version of the polymerase chain reaction (PCR) machine essential to DNA analysis that sells for one-tenth the usual price, or the gel imager that University of California, Berkeley students bashed together out of cardboard, Lucite, a blue LED and an iPhone, and you begin to see the value of synergy in tight economic times [sources: Biba; Martin]. Meanwhile, small biofirms are beginning to work on orphan drugs -- medicines for diseases that are too rare for major pharmaceutical companies to bother with [source: Martin].

Practically speaking, moving bioscience into the public sphere holds both potential advantages and risks. By sidestepping academia's more methodical approach, biohackers move faster and explore areas that scientists might find unpublishable. But they also risk blundering into poorly understood areas of biology and physiology. In the end, professionals and amateurs will likely need to cooperate to promote best practices.

But DIY bioscience also shines a light on vital questions of ethics and the public good. Whatever else may come of their actions, biohackers have expanded public education in their fields and voiced legitimate concerns about the proprietary nature of genetic research.

Three on a Genetic Match Is Bad Luck

Brooklyn information artist Heather Dewey-Hagborg used what she learned at her community biospace to embark on a unique art project. She gathered DNA-laden items such as hair, chewing gum and cigarette butts from around the city and sequenced them at Genspace, then used the information to create 3-D models of their owners' faces [sources: Brodwin].

Dewey-Hagborg was so disturbed by how much she could deduce about her subjects that she decided to embark on a related project: Making sprays that can erase DNA traces [sources: Brodwin].

We already live in tandem with machines that enhance memory, information access and communication. Smartphones and portables have already acclimated us, even addicted us, to constant connection, which again raises a long-lingering question: At what point will integrating such devices into our bodies become practical or appealing?

It's the latter question that seems the most relevant. Practicality seems inevitable, but making it seem normal to "cyberize" a healthy human will take some doing. Which raises another question: In giving the future a push, will grinders help desensitize us to the body horror underlying the cyborg? Or will these seemingly frivolous applications, and their biological consequences, have the opposite effect?

Can a baby have three biological parents?
What Did Albert Einstein Invent?
Jane Goodall: A Global Face for Global Peace 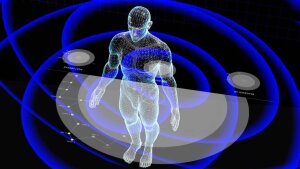 Fw:Thinking: Hack Your Body to Have Superpowers [video] 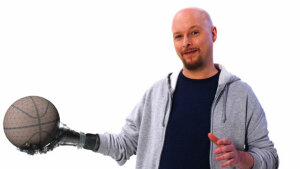