How can petri dish studies apply to humans? 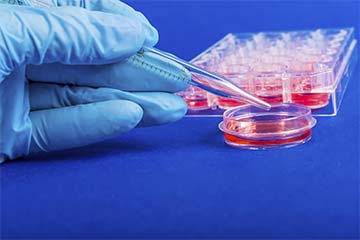 How does studying cell cultures tell us about the human body?
OlinaPavlovich/iStock/Thinkstock

Before we start diving into petri dishes (and watch out -- they're shallow!), we should make it clear that when we're talking about petri dish studies, we're not talking about studying a petri dish. No disrespect to the petri dish, but they are not inherently interesting -- it's what's inside the dish that matters. For that reason, let's instead refer to the topic at hand as "cell culture studies," which is a much more apt description of what scientists are playing with in the labs.

Our body is composed of around 100 trillion cells, and each of those cells hold our DNA; that means that individual cells contain information about inherited disease and conditions, among a host of things [source: Coriell Institute for Medical Research]. Cell culture studies involve removing tissue (or even individual cells) from a plant or animal and growing them in a laboratory environment. From there, researchers can measure the response of cells to all sorts of experimentation: viruses, drugs, carcinogens or even the additions of other types of cells [source: Coriell Institute for Medical Research].

For one, researchers might be using human cells in their cell culture studies. (The first line of human cells to survive in vitro is the so-called HeLa cells, grown in 1951 -- it's still the most commonly used cell line for human cell research.) But even using animal cells can be a terrific way to test and research the effect of experimentation on humans: Many of the cellular processes and functions are quite similar between organisms.

Even cooler, scientists are now able to "reprogram" human skin cells from patients with neurological disorders and grow them into brain cells [source: Kavli Foundation]. Studying the diseased cells in a controlled environment allows scientists to test environmental factors and drugs on the cells, while also gaining insight into how the neurons develop defects or dysfunction.