Why are rodents such popular test subjects? 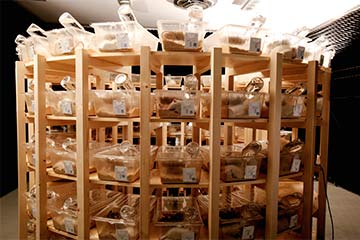 In this 2005 study, 1,500 lab rats were exposed to radio frequency electromagnetic radiation equivalent to that emitted by cell phones. At the end of their natural life span (3 years), they underwent autopsies to search for tumors and other diseases.
Cancer Research Centre, Ramazzini Foundation, Bologna, Italy

It's true: In the science community, rodents are definitely the most common test subject. Up to 95 percent of animal research in the United States is conducted on rodents [source: Humane Society of America]. We also know that rodents account for 79 percent of animal testing in research and study in the European Union [source: Engber].

Interestingly, we can't say for sure just how many rats or mice are used in studies and experimentation. While the United States Department of Agriculture (USDA) keeps track of many species used for testing -- birds, dogs, cats, rabbits and even the rodent guinea pig -- nobody in the United States keeps a comprehensive list of all the mice or rats used in research. (Lab mice and rats aren't covered under the Animal Welfare Act, either [source: Humane Society].) We do know that since 1965, the number of academic citations involving rats or mice has quadrupled, while most of the other subjects (dogs, cats, guinea pigs, rabbits) have been studied at a fairly constant pace [source: Engber].

Why are labs using so many rats and mice? A few of the reasons are practical: They're small, they're easy to breed, and they're cheap. When you're testing on lots of subjects -- and it might benefit to study more than one generation at a time -- it's hard to beat a mouse or rat. Beyond that, they're mammals, so we are all in the same family, more or less. It also doesn't hurt that rats and mice can be bred with brothers and sisters -- thus creating nearly identical genetics -- without ill effects [source: SciShow].

Let's not forget something that our mammal rodent friends aren't: primates. While primates are extremely closely linked to us genetically (we're talking 99 percent similar here), the use of primates in research is wildly controversial [source: Gibbons]. It's also worth noting that it's easy to mutate the genes of mice and rats.

And consider this: Science is also about building on previous work. As we said earlier, use of mice and rats in the lab has grown exponentially; this growth actually might be the cause of their popularity as opposed to a consequence of it. If a scientist chooses to use a certain animal in a lab environment, it makes a lot of sense to choose the same animal when testing similar or related research.

Author's Note: Why are rodents such popular test subjects?

To learn more about some interesting debates regarding rodents in the lab, check out this study that helped convince the United States National Institutes of Health that more gender equality was needed among rat test subjects.