Legend has it, one night in 1816, during the dreariest European summer anyone could remember, Lord Byron was holding court in his rented villa in Switzerland, when he challenged his friends to write down the most horrific story their imaginations could muster. Although Byron's friends were the most celebrated writers of their day, 18-year-old Mary Godwin (who would soon marry legendary poet Percy Bysshe Shelley) was the clear winner. Her tale of Dr. Victor Frankenstein and the Creature he builds out of scrap human parts — and which later ruins his life — provided Western literature with its first plunge into the "uncanny valley," and changed the face of horror fiction forever.

But Frankenstein, which Mary Shelley published anonymously in 1818, also changed science. These days we have plenty of robots and CGI movies galore to illustrate that we humans are viscerally, fundamentally not cool with humanoid gray areas. And 200 years after Frankenstein lurched onto the scene, science still hasn't definitively answered some of the questions Shelley posed about the ethics of researching things you might not want to take responsibility for later. Questions like, just because you can create a monster, does that mean you should create a monster?

Creating a monster didn't turn out well for Victor Frankenstein in Shelley's novel, but that didn't stop us from building the atom bomb. We continue to pursue research in fields like artificial intelligence (AI), genetic engineering, human-made pathogens, and nanobots, regardless of doomsday predictions surrounding these fields of research. So, although science has come a long way since Frankenstein was published, we are still grappling with some of the ethical questions posed by the novel, like what is a scientist's responsibility for the results of her research, and is there a limit to what she should try in the first place?

For instance, while slapping together a bunch of body parts and sticking a consciousness in it is currently impossible, we are getting closer and closer to growing organs and body parts from stem cells in the lab, which is exciting because it might make organ donation obsolete. If the researchers get their way, in the next 50 years, we could just grow a new kidney out of your own stem cells instead of taking one from your very generous sister or some poor soul who's died in a car accident. Or waiting years for a donor.

"Ethics are certainly part of the conversation," says Dr Karl Koehler, assistant professor at Indiana University School of Medicine, in an email. Koehler and a team of researchers recently succeeded in growing a ball of mouse ear skin in the lab, complete with inner and outer layers of skin, in addition to hair follicles.

According to Koehler, one ethics discussion in this line of research has to do with the need to place boundaries on lab-grown organ production. So far, most studies have looked at individual organ systems, but in the near future, we'll see more and more attempts to put organoids — basically tissues that look and function like organs, grown in a culture dish — to work with other organoids.

"There is another concern about "embryoids," which are a special class of organoid containing all three layers of embryonic tissue: the ectoderm, mesoderm, and endoderm," says Koehler.

"It is feasible that embryoids could generate an entire embryo. Although this is technically impossible at the moment, we need to carefully consider how to use these systems responsibly as the technology improves."

Victor Frankenstein's Creature was just an animated patchwork of human body parts that ended up learning to speak three languages, quote Milton, blackmail his creator into making him a girlfriend and revenge-kill his loved ones after he refused. That's pretty far-fetched, of course, but according to Koehler, over the past five years, a lot of progress has been made into creating new organoids, and our catalog is growing fast: mini-brains, kidneys, stomachs, intestines, pancreas, lungs, teeth and eyes. It likely won't be long before researchers start trying to make them work in concert with each other.

"It's debatable how close we are to using organoids to regenerate body parts," Koehler says. "Right now, there is an ongoing clinical trial in Japan testing whether a lab-grown sheet of retinal cells can survive implantation into a patient with macular degeneration. In addition, there are some exciting proof-of-concept studies demonstrating that other types of organoids grown outside of the body can integrate back into the body after transplantation."

In the more immediate future, he says, we may be able to use organoids to figure out which drugs can initiate organ regeneration in the body.

Back in Shelley's day, scientists were literally trying to shock life back into a corpse. Now we're growing tiny organs that actually work. It'll be tough for us not to continue down this road, in spite of some serious ethical questions, when most of what we know about human embryonic development comes from studying frogs, fish, chickens and mice. Organoids give us a singular and brand new window into human developmental biology, so understanding human-specific features of organ development and function may help us uncover new regenerative therapies to improve people's lives.

Now That's Frightening:
The year Shelley wrote Frankenstein was known as "the year without a summer" due to the 1815 eruption of Mount Tamboro in Indonesia, which sent so much ash into the atmosphere it changed the weather patterns in North America, Europe and Asia for the following year.

How Often Should You Wash Your Car? 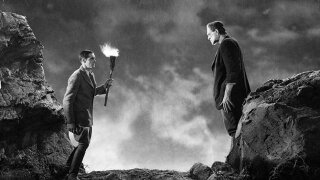 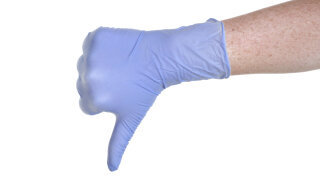 What will medicine consider unethical in 100 years? 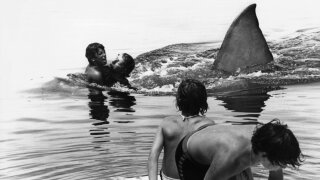 10 Horror Films That Changed the Genre