Well-meaning friends bugging you about exercising? It's OK, just shake it off. Literally.

According to a new study in the journal Endocrinology, a whole lotta shakin' may help male mice that have a deficiency of leptin (a hormone that regulates hunger responses and helps the body maintain weight) shed weight.

Whole-body vibration (WBV) transmits energy to the body, contracting and relaxing muscles many times every second. WBV platforms vibrate at specific frequencies purportedly to stimulate the hormonal, cardiovascular and nervous systems. Previous studies have reported its positive metabolic effects, so the researchers set out to determine whether this process could be as effective as exercise at treating the effects of obesity and diabetes. Imagine sitting, standing or lying down on a vibrating platform instead of pounding the pavement!

More than one-third of U.S. adults are obese, and almost 30 million Americans have diabetes. And the link between the two conditions is strong: 85.2 percent of people with type 2 diabetes are overweight or obese, according to the American Diabetes Association. In the study, both normal and obese mice completed a 12-week exercise program. They were assigned to do 20 minutes of WBV per day, 45 minutes on a treadmill daily or to be sedentary.

The researchers concluded that WBV can mimic the benefits of exercising regularly for muscle and bone health, and could potentially help morbidly obese humans' metabolism. In the study, obese mice who exercised or did WBV gained less weight than the sedentary obese mice. In fact, metabolic benefits were almost the same for genetically obese and diabetic mice from both WBV and those exercising on the treadmill.

Sure, we're just talking about mice here. In people, the benefits of WBV are debatable. In 2004, a different research team compared WBV and fitness training in a group of 48 untrained human females. The findings, published in the International Journal of Sports Medicine, indicated no significant changes in weight, percentage of body fat or even skinfold thickness for Team WBV after 24 weeks of training. However,  WBV has been shown to reduce the effects of aging on the skeletal muscles. Perhaps for now, the effectiveness of WBV is simply a difference of mice and men.

Now That’s Interesting
Whole-body vibration has also been tested as a therapy for people with multiple sclerosis, arthritis and Parkinson's disease. 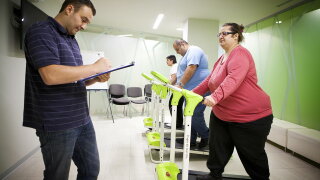 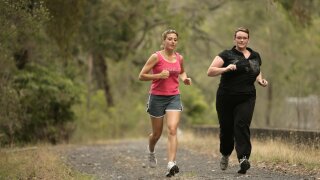 10 Things That Affect Your Weight Besides Food and Exercise 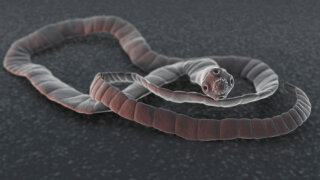