by Patrick J. Kiger Feb 8, 2018
The Body Shop in London is decorated with a huge advertising display on Jan. 10, 2018, to protest against animal testing. NurPhoto/Getty Images

On Jan. 26, 2018, U.S. Food and Drug Administration Commissioner Scott Gottlieb announced that the agency, after an internal investigation, had permanently ended a nicotine addiction study in which four squirrel monkeys had died. "Based on this team's findings, it is clear the study was not consistent with the agency's high animal welfare standards," the commissioner said in a statement on the FDA website.

In a September 2017 letter, famous primate researcher and conservationist Jane Goodall had denounced the research as cruel and unnecessary, saying that the harmful effects of smoking on humans already are known and could be studied directly.

In addition to ending the study, Gottlieb said that the findings indicated that the FDA's protections for animal research subjects "may need to be strengthened in some important areas." For that reason, he announced the launching of an independent, third-party investigation of all of the FDA's animal research, and the creation of a new Animal Welfare Council to oversee those studies going forward.

Additionally, Gottlieb said that the FDA would strengthen its commitment to "replacing, reducing and/or refining" animal studies with new methods, and said that animals should be used in studies only when there is no other way to do research that's important for public health. But even so, he said, "It is important to recognize that there are still many areas where animal research is important and necessary." In particular, he cited the use of primates as essential for the development of some critical vaccines for human children.

The research involving monkeys, and the agency's response, highlighted what for many people is a discomforting reality. Despite computer simulations and other tools available to today's researchers, laboratories still use large numbers of animals as experimental subjects. In an email, FDA spokesperson Tara G. Rabin said that the agency currently is utilizing 8,167 creatures of various sorts in research. That includes 7,714 rodents, 270 primates, 109 fish, 31 lagomorphs (an order that includes rabbits and hares), 20 mustela (animals such as ferrets and weasels), 12 amphibians, six cows and five goats.

Elizabeth Magner, program manager for the New England Anti-Vivisection Society, said in an email that the most common toxicology tests, which include oral and dermal sensitization and irritation testing, still cause thousands of animals to suffer and die in the U.S. each year.

And despite the FDA's position that animal testing still is essential, there are increasing questions about its scientific value. As this 2017 article by two Australian cancer researchers from The Conversation details, drugs often produce results in animal tests that can't be replicated with humans, and that at least a few drugs that were deemed safe in animal testing turned out to be dangerous or even lethal when taken by human subjects.

The use of animals in research goes back to ancient times, when Greek physicians did exploratory surgery on live animals to study their anatomy and physiology, and in the early 1900s, rodents became a staple of laboratory research after the breeding of a standard strain, the Wistar rat. "When we do research on animals it's because 100 years ago, it was the best thing people could think of," explains Catherine Willett, director of regulatory toxicology, risk assessment and alternatives for the Humane Society of the United States. Since then, "we've learned that animals are not very good predictors of what happens with people."

But Willett and others are hopeful that animal testing will be replaced by alternatives that will not only spare animals from suffering, but produce more reliable results about human effects.

One particularly promising technology is the development of microchips lined with living human cells that enable them to serve as simulated human organs. Geraldine A. Hamilton, president and chief scientific officer of Emulate Inc., explained in an email how the devices work.

"Each of Emulate's proprietary Organ-Chips – such as the lung, liver, brain, intestine or kidney – contains tiny hollow channels lined with tens of thousands of living human cells and tissues, and is approximately the size of an AA battery," Hamilton said. "An Organ-Chip is a living, micro-engineered environment that re-creates the natural physiology and mechanical forces that cells experience within the human body. Our Organ-Chips are a 'home away from home' for the cells to live just as they do in the human body."

"At Emulate, our Organ-Chips work within the Human Emulation System that provides a real-time window into the inner workings of human biology and disease – offering researchers a new technology designed to predict human response with greater precision and detail than today's cell culture or animal-based experimental testing."

According to Hamilton, the devices already are being used by pharmaceutical companies, and NASA is working with Emulate to use the company's Brain-Chip in space to better understand the effects of microgravity and other forces.

Organ-Chips also can be combined in a system to simulate how multiple organs react to something, and Emulate is working on the Patient-on-a-Chip, which eventually will include Organ-Chips that are tailored with an individual's own cells. "We can transform the way each of us understands our own health and the way medicine is practiced in the future," Hamilton said.

Those sorts of developments give opponents of animal testing hope that it will soon become a thing of the past. As NEAVS official Magner puts it: "We are confident that this reality is not only possible, but inevitable."

Will a Coyote Kill My Dog or Cat? 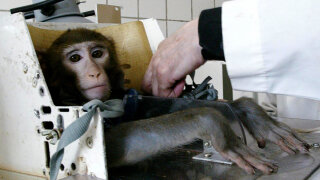 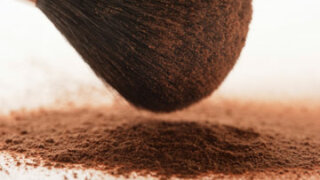 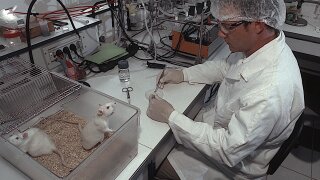