How the Young Scientist Challenge Works

by Ryan Johnson
NEXT PAGE 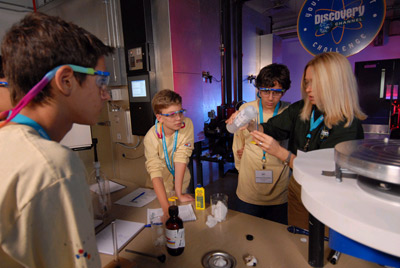 All of us have taken a science class at one time or another. Some recall science with feelings of excitement, wonder and awe. Some continue their studies in science throughout the rest of their education. And some even take their love of all things science and make a career out of it. But for many, science is not a happy subject. Do you think back to studying science and get a feeling of dread, anxiety or fear? When did you lose interest in science -- sometime around middle school? Well, you're not alone.

­Studies have shown that an interest in science is either piqued or lost in middle school [source: National Science Teachers Association]. Think back to that time in your life. It probably wasn't the best time, was it? That time is full of awkwardness, pain and peer pressure. At that age, children begin to really grow and mature. And in doing that, they begin to find out what they're really interested in. But children are also extremely impressionable, and their friends may not like the interests they're developing. Let's face it -- science and math aren't the most glamorous subjects around, and kids don't want to seem uncool. So they give up science and move on to study other things.

But those kids who give up science and math miss so much that it's nearly impossible for them to catch up to their peers. So educators are taking a proactive stance and doing everything they can to keep interests high -- they want science and math to be cool again. But it's not just teachers that are noticing the danger of losing students. Corporations are, too. After all, if no one is studying science, who's going to come to work for them one day? Two companies are even partnering to promote science nationally. Discovery Education and 3M have come together to present a national science competition, Young Scientist Challenge.

The yellow team's Christopher Mowers and Bethany Johnson work on "The Hot and Cold Of It" chemistry challenge at the Discovery Education and 3M Young Scientist Challenge.
Discovery Communications, 2007

How does this challenge work? Who can participate, and how do students get started? Read on to find out how you can become a young scientist.

Interested in competing in the Young Scientist Challenge? Submissions must be made by May 20, 2009. Find out more. 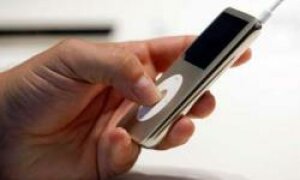