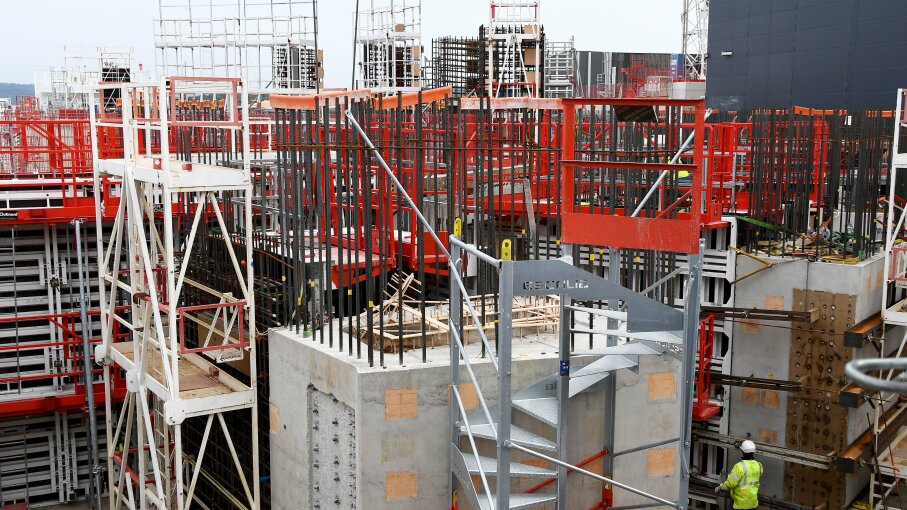 The sprawling landscape of construction cranes and partially completed buildings, along with a massive metal-and-steel ring, was described as looking like a "modern-day Stonehenge" by The New York Times in March 2017. It's been a decade since construction began on the International Thermonuclear Experimental Reactor plant, known as ITER. The project, which involves 35 nations including the U.S., aims to demonstrate that nuclear fusion — the combining of hydrogen isotopes to form helium, the same process by which stars generate light and heat — could be a viable future source of power generation for an energy-hungry world.

The project has been dogged by delays and seen its projected cost nearly quadruple over the years to 18 billion euros ($22 billion), and even a 2016 U.S. Department of Energy report supporting the project expressed uncertainty about whether it ultimately will be successful. In early December 2017, ITER officials announced that they had reached an important milestone, by completing 50 percent of the total construction work needed to reach "First Plasma." That initial stage of operation, in which hydrogen will be turned into a hot, electrically-charged gas, currently is scheduled to occur in 2025. (It will take another decade of work after that for ITER to generate energy.)

"When we prove that fusion is a viable energy source, it will eventually replace burning fossil fuels, which are non-renewable and non-sustainable," Bernard Bigot, ITER's director general, explained in a statement on the project's website. "Fusion will be complementary with wind, solar, and other renewable energies. ... By demonstrating the feasibility of fusion as a clean, safe, and nearly limitless source of energy, we can leave a strong legacy for future generations."

In an email, Columbia University professor Gerald A. Navratil, a leading fusion energy researcher whose work influenced ITER's design, describes the construction milestone as a "significant event in the development of practical fusion energy."

ITER will contain the world's largest tokamak, a magnetic device first developed by Soviet researchers in the late 1960s, which essentially simulates the intense heat and pressure inside the internal furnace of a star. According to an explanation on the ITER website, the device uses a powerful electrical current to break down hydrogen gas, stripping away electrons from the nuclei to form plasma — a hot, electrically-charged gas. As the plasma particles become energized and collide, they heat up, eventually reaching a temperature between 100 and 300 million degrees Celsius (about 180 million to 360 million degrees Fahrenheit). At that point, the hydrogen nuclei are so energized that they can overcome their natural tendency to repel one another, so that they can fuse to form helium. In the process, they release enormous amounts of energy.

As this article from World Nuclear Association details, experimental tokamaks have been generating energy for decades. But so far, they've required more energy to operate than the fusion generates. But ITER hopes to overcome that limitation, in part, with sheer size. The March 2017 New York Times article on the project describes the tokamak as standing 100 feet (30.5 meters) tall and stretching another 100 feet in diameter, and a description on the ITER website says it will weigh more than 25,000 pounds (23 metric tons), with a volume of 30,000 cubic feet (840 cubic meters). That's 10 times the capacity of any previous device.

As the ITER website explains, a bigger device with more volume creates more potential for fusion reactions, upping the energy output and making the device more efficient. If it works as planned when it's fully operational in 2035, ITER will use 50 megawatts of power input to generate 500 megawatts of fusion energy, in the form of heat. While ITER won't use that energy to generate electricity, it's intended to pave the way for future generations of fusion power plants that would.

A reactor being built at the site in southern France.
BORIS HORVAT/Getty Images

"The design of the ITER experiment is based on a conservative extrapolation of the fusion performance from our existing fusion devices," Navratil writes in his email. "There is confidence that the size and magnetic field strength of ITER will allow us to achieve its goal of producing 500 megawatts of fusion power with 50 megawatts of power input into the plasma. Since ITER is an experiment producing for the first time a strongly fusion self-heated plasma, we will use these results to confirm our understanding of the burning plasma state, and could discover some important new plasma physics phenomena. The information we obtain from ITER will provide the basis to confidently design the core of the next step in fusion energy development, which would aim to produce net electricity and set the stage for commercial deployment of fusion energy systems."

According to an ITER press release, fusion power plants eventually would be comparable in cost to conventional nuclear power plants. But unlike power plants, fusion plants wouldn't produce radioactive waste, along with the costly problem of what to do with it. Fusion also would have a big advantage over fossil fuels, in that it wouldn't pump massive amounts of carbon dioxide and other pollution into the atmosphere and contribute to climate change.

And as Navratil notes, fusion could have some advantages over low-carbon renewable energy sources as well.

"If successful, fusion power plants based on the fusion plasma performance in ITER would provide a carbon-free source of continuous electrical energy output without the drawbacks of wind and solar power systems, which produce electricity for only a part of the day and need energy storage or 'back-up' power systems to support a stable electrical power grid," Navratil explains. "Given the many trillions of dollars involved in our energy system infrastructure, the availability of such a fusion power source later in this century will be a very important addition to our sources of carbon-free electrical power."

Now That's Interesting
According to ITER, a pineapple-sized volume of hydrogen has the potential to generate as much energy through fusion as 10,000 metric tons (22,040 pounds) of coal.