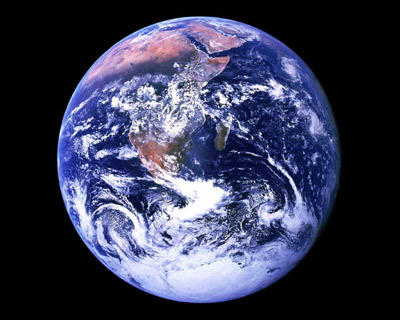 After Tuesday's post on some radical new theories about the Big Bang, a follow-up on the origins of the universe seemed in order, but today's story comes with a twist. Chris Lee of Ars Technica reports that instead of theorizing how the universe came to exist, a group of Japanese scientists are putting their heads together to figure out how to create one.

Lee explains that a lab-created universe isn't a new idea. If theories prove correct, a vacuum is not empty, but instead is filled with various intrinsic energy levels that can be manipulated or "excited." When the energy levels are excited, they inflate, causing an expansion like the one believed to have created our universe. Lee offers a little context on the theory of inflation:

The theory of inflation used by the theoreticians is one that is based around monopoles, which are theoretical magnets with a north or a south pole but never both. Monopoles were thought to exist very early in the universe and are used to explain why our universe is not finely tuned. They are extremely heavy particles, which would, with a small extra kick, contain sufficient energy to create a vacuum bubble that is stable and large enough to experience inflation. The new universe will disconnect from our own and continue on its merry way. From our point of view, the child universe will look like a microscopic black hole that emits a bit of Hawking radiation and then vanishes.

But of course this is all theoretical. According to Lee, "the fact that it can't be used as a doomsday weapon is limiting funding opportunities elsewhere." But we can be sure that the rest of the world will be watching to see what these guys come up with, that is if another group of scientists in Geneva don't get to it first.

For more technical information about the project in Japan, check out this PDF (link via Ars Technica).