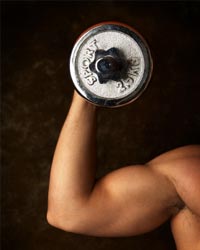 Since 1937, a pool of 268 males who graduated from Harvard University have been analyzed, scrutinized, summoned and surveyed by a collection of doctors, psychologists, anthropologists, sociologists, psychiatrists and physiologists. The goal of the project: to track these men throughout their lives in an effort to determine the magical formula for happiness and success. The Grant Study, as it became known, continues today after 72 years. Reams of data about the study participants are like unabridged biographies, charting overseas combat, marriages, divorces, hirings and firings. Their personality traits, whims and neuroses are diligently recorded, giving intimate glances into the innermost corners of these men's lives.

For all of the painstaking research, one of the chief things the Grant Study has proven is that you can't boil down happiness to a fixed equation. There are certain constants threaded among the profiles of the best and the brightest, such as healthy relationships and emotional buoyancy, but life simply tosses in too many variables to derive a specific algorithm for lasting happiness [source: Shenk].

Fortunately, humans are also wired for learning and growing. Just as we can physically train muscles to become tighter and stronger, we can mentally train ourselves to draw more pleasure from the mundane. This is why positive psychologists often refer to people's innate "resilience." Despite personal background and circumstances, the human spirit is surprisingly durable and malleable. Research has found that to get happier, you must tap into this potential by activating your mind and body for joy.

Go With the Flow 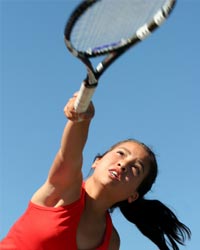 Find a rewarding activity to achive a flow state.
©iStockphoto.com/barsik

Think about the last activity you performed that gave you a true sense of satisfaction. It could be an adept showing on the tennis court, having a two-hour phone conversation with your best friend or a planting an herb garden. Whatever the pursuit, the main reason you may have felt so good afterward is that you had entered a state of flow. The concept of flow, coined by psychologist Mihaly Csikszentmihihalyi, refers to entering a state of becoming wholly absorbed in an activity [source: Lyubomirsky]. Flow states offer a balance of challenge and ease, which enhance their rewarding sensations.

Flow is more common among artists, athletes and religious devotees, but that doesn't exclude other people from finding a niche as well [source: Lloyd]. Engaging in something that correlates to your personal strength and offers room for improvement can set you up for flow. In short, find something that you enjoy and get lost in it. 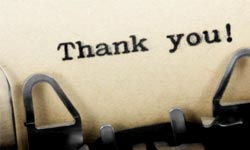 Sometimes it's difficult to pay full attention to everything going on around us. During traffic-jammed commutes, it's often easier to zone out and listen to the radio rather than admire landscapes or reflect on the day's accomplishments. Yet, learning to stay mindful of the small gifts that come our way is a key to maximizing happiness. This can be as simple as learning to say "thank you," or even keeping a daily log of positive things that happened.

As trite as a thankfulness journal may sound, psychologists have found that people who keep one feel better for it. Psychologist Sonja Lyubomirsky had an experimental group jot down things they were grateful for once a week; a control group didn't keep a gratitude log. After six weeks, the experimental group showed a significant boost in happiness [source: Wallis et al].

Next time you're told to count your blessings, heed the wise advice. 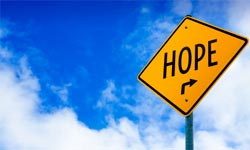 Aim for optimism and reap the benefits.
©iStockphoto.com/gocosmonaut

You can't simply wait around to get happy, just as you can't wish away boredom. Part of maximizing happiness is staying actively mindful of your circumstances and the power you have over your response to them. According to Daniel Gilbert, author of "Stumbling on Happiness," many people become bogged down in presentism, or the belief that current emotional states will persist into the future [source: Lambert]. In other words, people give up hoping for a silver lining or a bend in the road, when sometimes they just need to look a little harder for it.

Discovering the glass half-full can be challenging because not everyone is equipped with innate optimism. Martin Seligman, the pioneer of positive psychology (the branch of psychology devoted to figuring out happiness), maintains that people can actually learn the trait. Pessimists are more prone to overestimate the gravity of difficult situations and assume that its effects will echo indefinitely. Conversely, to practice learned optimism, people must train themselves to approach problems as temporary, solvable situations [source: Morris].

This kind of emotional resilience was also a common trait among the shining stars of the Harvard Grant Study. The men who could manage crises with a dash of hope and optimism fared better down the road. 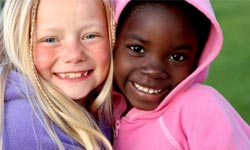 In the Grant Study, researchers found that the single greatest predictor of happiness in old age was the depth and breadth of social networks [source: Shenk]. By and large, people who form the strongest bonds with others exhibit the most happiness. This holds true among younger people as well, according to a 2002 student survey at the University of Illinois. Students who reported the highest happiness levels all enjoyed solid friend and family connections and dedicated time to nurturing those relationships on a regular basis [source: Wallis et al].

Even if you aren't a social butterfly, it's important to connect with others in some way if you want to maximize happiness. Prominent psychologist Martin Seligman emphasizes the value of conscious acts of kindness. Time and again, whenever people volunteer, participate with a religious group or even hold a door open, they reap the happiness benefits. Like it or not, there's something powerful about helping others that fosters genuine joy. 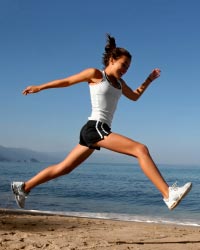 Even 20 minutes of walking can improve your mood.
©iStockphoto.com/barsik

One of the most common tips offered for boosting happiness it to sweat your way to a smile. The jury is still out on the exact relationship between exercise and happiness, but the general idea is that exercising reduces the amount of cortisol, a stress hormone, in the blood and pumps up the volume of endorphins. When endorphin hormones enter the brain, they block receptors normally reserved for pain, which is why we associate them with positive feelings.

A recent study from the University of Bristol concluded that participants who exercised before work or on a lunch break were indeed calmer and less stressed than those who didn't [source: Daily Mail]. Not only were the members of the active group in better moods, they also met deadline demands more efficiently and exhibited improved interpersonal skills. Interestingly, the active group designed its own workout routines, rather than following a prescribed regimen. Despite variations in intensity and duration, about three quarters of them felt better [source: Daily Mail]. Similarly, in 2008, the American Heart Association also published findings that just 20 to 30 minutes of walking two to three times per week can make you happier [source: USA Today].

In addition to cheerier outlook, exercise also lowers blood pressure and reduces your risk of diabetes and heart disease. It takes discipline to establish a regular exercise habit, but the payoff is manifold. 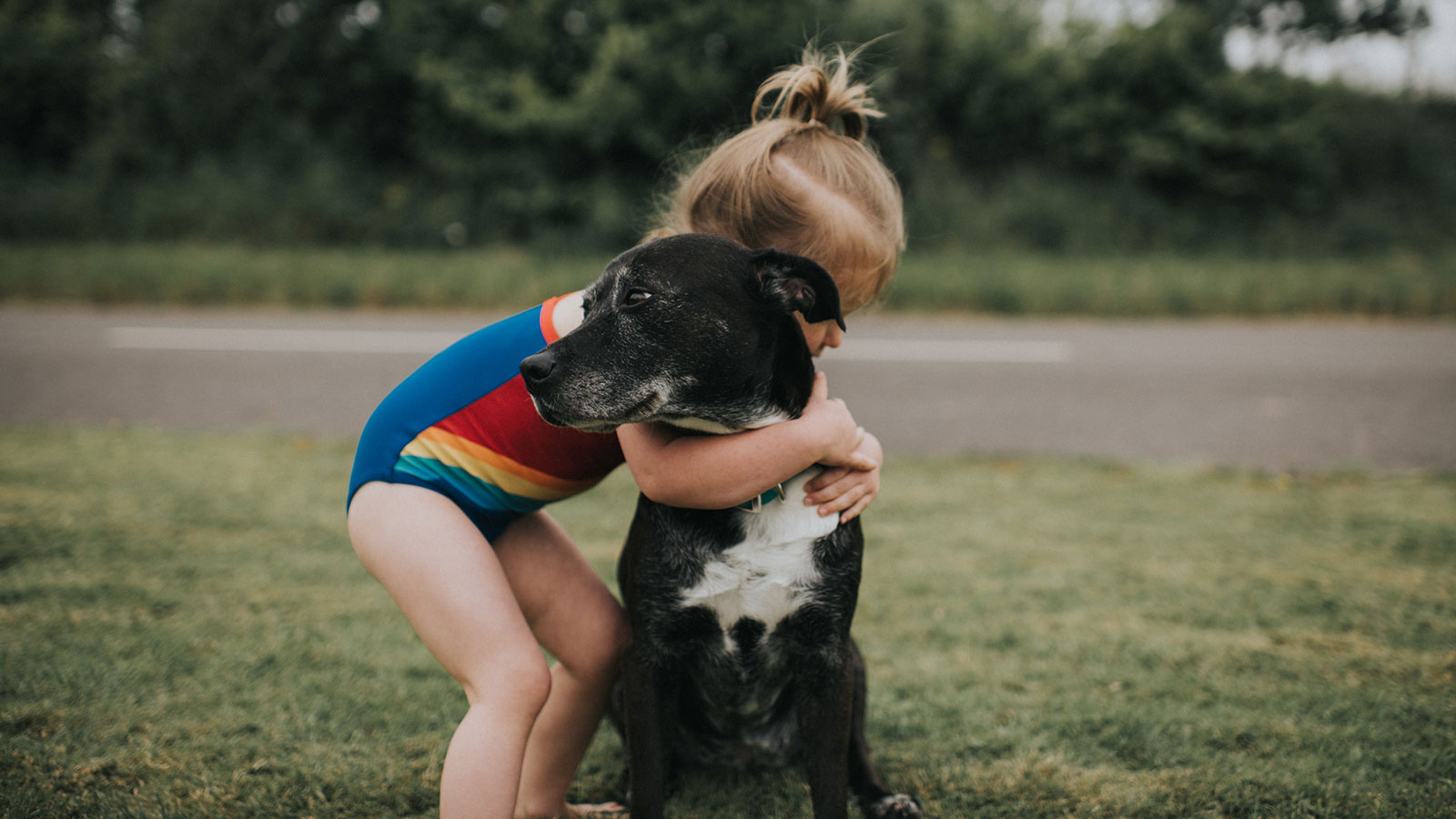