10 Ways to Trick Yourself Into Being Happy

Go Work Out for Once 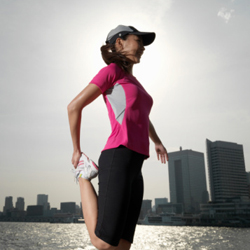 Even a single workout can noticeably change your mood -- and for a lot longer than anyone previously thought. A 2009 study presented at the annual meeting of the American College of Sports Medicine found that the post-exercise "glow" can last as long as 12 hours, happily affecting your entire day.

Just one workout can have an effect, but adopting a regular workout regimen can have a lasting impact on your mood. For example, a study conducted at Duke University followed two groups of depressed participants, one on a dedicated exercise regimen and another on a regimen of the antidepressant Zoloft. After four months of exercise or Zoloft, both groups' regimens were discontinued and after an eight month period, the researchers revisited the participants. They found that overall, the group that exercised was happier than the group that had taken the drug.