Can head trauma really cause amnesia?

Browse the article Can head trauma really cause amnesia? 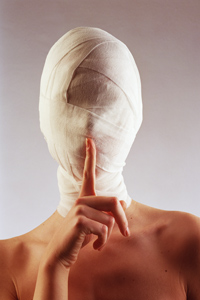 It's possible for your brain to keep secrets from you if you injure it. See more pictures of the brain.
Daniel Day/Stone+/Getty Images

We've all seen it depicted in a sitcom or in a Lifetime movie -- a leading character suffers a bad fall or someone whacks him or her on the head and boom -- the character suddenly doesn't know his or her own name and can't recognize loved ones standing inches away. Television shows that include this kind of memory loss are incorporating a condition called amnesia into their plot. Sometimes amnesia wipes out everything from a person's past, and other times just bits and pieces are missing.

It turns out there are several types of amnesia, and they can be caused by such things as disease, psychological trauma, and yes, even physical trauma such as a severe blow to the head. In most cases, amnesia is a temporary condition and is very brief, lasting from a few seconds to a few hours. However, the duration can be longer depending on the severity of the disease or trauma, possibly lasting for a few weeks or even months. The two types of amnesia you hear about most often are:

Retrograde amnesia is basically a condition in which someone can't recall stored memories, like their mom's maiden name or what happened last Christmas, but they may recall the knock-knock joke their little brother told them a few seconds ago. This is the kind of amnesia you see a lot on soap operas. A married couple is on their honeymoon cruise and somehow the bride falls overboard. After she's rescued, she has no memory of her life before the accident. She doesn't remember her husband or even that she's married, but she does remember the handsome crewmember that plucked her from the ocean. Although you see this a lot on television, it doesn't happen that often in real life. 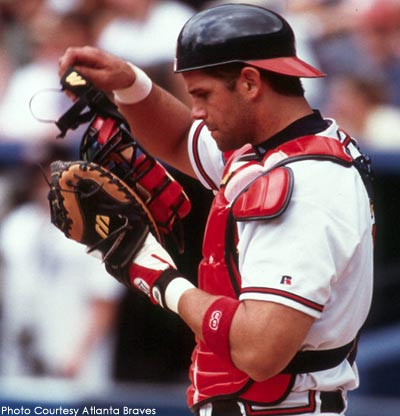 It's a good idea to protect your head when you participate in activities that could injure you.

If someone has anterograde amnesia, he or she can't remember incidents that happen after the onset of amnesia. A less common device in television or movie scripts, this form of amnesia is central to the plot of the movie "Memento." The main character receives a severe blow to the head and suffers brain damage. Similar to other victims of anterograde amnesia, he can no longer form new memories.

As an amnesiac recovers, he or she usually recalls older memories first, and then more recent memories, until almost all memory is recovered. Memories of events that occurred around the time of the head trauma or onset of amnesia are sometimes never recovered.

When people talk about memory, they're usually thinking about long-term memory. People actually have several different types of memory. The three most important types to consider when thinking about amnesia are:

In order to understand how the loss of memory works, knowing how we store memories in the first place is helpful. The human brain is a truly amazing organ. It gives us the power to think, plan, speak and imagine. It also gives us the ability to make and store memories. Physiologically speaking, a memory is the result of chemical or even structural changes in synaptic transmissions between neurons. As these changes occur, a pathway is created. This pathway is called a memory trace. Signals can travel along these memory traces through the brain. 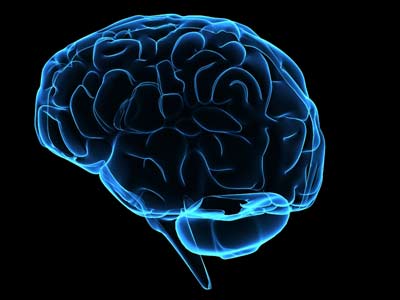 Making memories uses a lot of different parts of the brain.
2008 HowStuffWorks

Making and storing memories is a complex process. It involves many regions of the brain, including the frontal, temporal and parietal lobes. Damage or disease in these areas can result in varying degrees of memory loss.

It is believed ­that consolidation takes place in the hippocampi, parts of the brain that are located in the temporal-lobe region of the brain. Medical research indicates that it is the frontal and temporal lobes that are most often damaged during head injury. This is why many people who suffer severe head trauma or brain injury experience anterograde amnesia. If the hippocampi are damaged, the amnesiac will be able to recall older memories, but won't be able to make any new ones.

So, yes, it is possible to suffer memory loss - amnesia - as the result of a blow to the head. But, the head trauma must be severe. For a bonk on the head to result in amnesia, the bonk would have to be so incredibly hard that it would cause severe swelling around the temporal lobe and/or injury to this region of the brain. Obviously, another blow to the head would merely result in more head trauma and would most likely exacerbate the problem!