There's a lot in this world that comes down to perspective. Po-tay-toh, po-tah-toh, and all that. And while some pronounce a certain flower "orchid," others say oh-my-gosh-that-flower-looks-like-an-evil-demon! At least, that's what's going on with a newly discovered blossom given the scientific name Telipogon diabolicus.

According to an article in the biology journal PhytoKeys, botanists spotted about 30 specimens of the previously unknown orchid in Colombia — and immediately thought the colored structure at its core resembled a horned face like that of how a devil or demon is portrayed in European art, inspiring the diabolicus name.

The flower was discovered in a subalpine section of the Andes Mountain in southwestern Colombia.
Marta Kolanowska; CC-BY 4.0

The flowers have so far only been found on a single patch of ground in southwestern Colombian, near the border with Ecuador. The new orchid lives in a dwarf montane forest — a subalpine environment with miniature trees — in the Andes Mountains.

The little flower grows between 2.1 to 3.5 inches (5.5 to 9 centimeters) tall and is colored reddish to dark violet-maroon. Besides the demonic visage peering out from the core of the flower, some of the features that set this flower apart from others in its Telipogon genus and clarify it as a separate species are clawlike structures at the tip of its petals — unlike any other Colombian orchid, but similar to some distant Peruvian species — and its uniquely shaped elliptical lip and translucent petals.

While a freaky lil' devil hiding out in an orchid is cool and all, what good is the discovery of a rare flower? Well, it's a good reminder that there's much more out there in the world than we know of, perhaps in small populations or fragile environments. The patch of land housing T. diabolicus is near to Colombia's Sanctuary of Medicinal Plants Orito Ingi Ande national park.

"There is no doubt that hundreds of species occurring in this country remain undiscovered," the authors write in the paper. "Only in 2015 over 20 novelties were published based on material collected in Colombia."

Don't fill the watering can with holy water just yet, though; this is an example of pareidolia, the psychological tendency we humans experience where our minds interpret and identify familiar patterns where none actually exists. It's an evolutionary holdover from our earlier days — better to think you see a predator's face and run away from something that's not really a threat than to not spot a face and become someone, or something, else's meal.

Flip that photo of the devilish orchid upside down, after all, and you've got something that looks more like a blobby squid. Or maybe it just looks like, y'know ... a flower.

Now That's Interesting
T. diabolicus isn't the only orchid that humans might project their imaginations; orchids of the Oncidium genus are known colloquially as "dancing lady orchids" or "Spanish dancers." 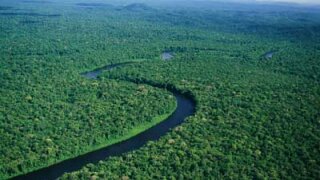 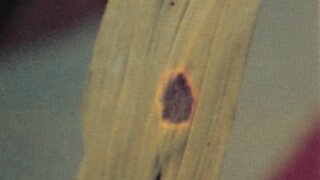