Unicorn Root Resurrects Itself After 130 Years

by Jesslyn Shields Aug 30, 2018
Unicorn root, known for the white flower stalks that presumably give it its name, popped back up in Maine in the summer of 2018 after an absence of 130 years. Maine Natural Areas Program

Unicorn root (Aletris farinose) is just as rare as you'd think it is. The plant, which presumably gets its common name from its inflorescences — long spikes covered in small, white tubular flowers — grows in moist, sandy grasslands in the eastern U.S. and Ontario, Canada. It's rare throughout its entire range, but in Maine, where only three specimens were collected in the late 19th century, it was long thought to have disappeared.

But, according to the Maine Department of Agriculture, Conservation and Forestry, in the summer of 2018, around 300 flowering stems of unicorn root were found in a meadow on private property outside Bowdoin, Maine. The plant that vanished 130 years ago just reappeared, out of the blue.

Unicorn root, also called colic root, is native to Maine, and has historically been used as a medicinal plant to remedy complaints ranging from colic (as its name suggests) to menstrual cramps to constipation. But it's pretty picky about its habitat. It likes damp fields with lots of sun and little topsoil — it mostly just likes to cling to a bit of loose, moist sand with its shallow roots. It's hard for a plant with these proclivities to make a go of it in Maine, where forests are always encroaching on fields. In addition, habitat destruction due to agriculture, development and road-building likely hasn't done unicorn root any favors.

So why is it back after such a long leave of absence? Nobody knows for sure, but scientists think unicorn root might be what's called a "seed banker." Some plants have seeds that can remain viable in the soil for decades, waiting for the right conditions to germinate. Sometimes a fire or some other disturbance will come along and create the perfect stage for the plant to do its thing.

Or, it's possible that, because the unicorn root is rare, it's also just been popping up periodically this entire time and it took more than a century for someone to identify it.

Now That's Interesting
Kate Furbish, a 19th century naturalist, dedicated her life to drawing and classifying the flora of the state of Maine. She was the first to discover unicorn root in Maine in 1874.

How Two Rival Mammoths Lost an Epic Duel 12,000 Years Ago

Who Decides Which Americans Lie in State? 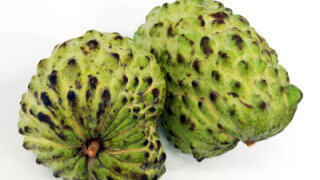 Graviola: What You Need to Know 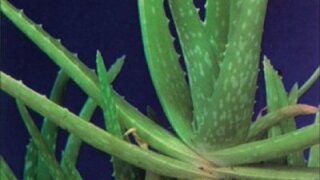 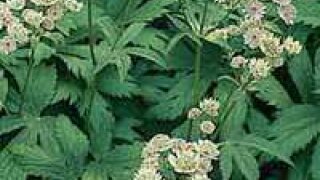