What's the difference between a bacterial and viral infection?

by Debbie Swanson
NEXT PAGE 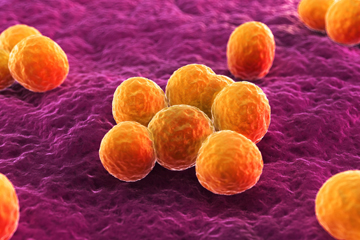 The powerful MRSA bacterium can cause a number of illnesses and symptoms in humans.
Science Photo Library/SCIEPRO/Getty Images

It's no fun to wake up with your throat on fire and your head pounding. You may not care what's causing it -- you just want it to go away. But knowing the precise cause will help restore your good health, and knowing whether the culprit's a bacterium or a virus is essential.

A bacterium -- more commonly seen written in its plural form, bacteria – is a tiny, single-celled organism. Bacteria can exist on its own in the world, or inside of other living things: plants, animals, you, me. Not all bacteria are bad, though, and we have beneficial bacteria living inside our bodies every day. Friendly bacteria living in our intestinal tract, for instance, assist with digestion [source: Henry].

When an unwanted bacterium gets into the body, it quickly begins to divide and spread, causing an infection [source: Foster]. Common bacterial infections include strep throat, ear infections and urinary tract infections [source: Steckleberg]. Bacterial infections can usually be identified with a doctor's test – for example, a throat culture can check for the presence of the streptococcus bacteria. If your test is positive for a bacterial infection, the doctor will usually treat it with antibiotics: medicine that specifically inhibits the growth of bacteria. Taking these according to instructions, along with some extra rest, will soon have you back on your feet.

Viruses are also microscopic beings, but they behave differently from bacteria, and there's debate over whether they can be called living organisms. They can only flourish inside of a living thing, either plant, animal or bacteria. Many viruses can remain alive for a brief time outside of their host – such as on a doorknob that an infected person just opened, or in the air right after someone sneezes. But in order to live and multiply, viruses needs to settle inside a host.

Once a virus gets in your system, think of it as a hostile takeover. Unwanted viral cells latch onto your healthy cells and convince them to stop what they're supposed to do, and make more of the virus instead [sources: Emiliani, National Science Foundation]. Illnesses that result from a viral infection include the common cold or flu, Ebola and HIV [source: Steckleberg].

The biggest difference in viral or bacterial infections involves the treatment: A bacterial infection can be cleared up with a doctor-prescribed dose of antibiotics, while a virus does not respond to antibiotics. Antiviral medication can help ease the symptoms of a viral infection, but it's up to the body's strong immune system to fight off the cause of the problem -- the human body has response systems that kick into gear when an unwanted virus is detected, and is usually able to fight it off [source: Lehigh]. Unlike antibiotics, antiviral medications don't destroy their target but rather inhibit the growth of the virus and let your body finish it off. And antibiotics will be no help against a virus.

Of course, a healthy immune system's something that aids in recovery of any type of infection, be it viral or bacterial. Symptom-easing medication and rest will make you feel better while you wait for your body to overcome the virus [source: CDC]. Focus on the good news: Once you've fought off a particular strain of a virus, you're usually immune to catching it again, at least for a significant period of time [source: Lehigh].

Viral or bacterial, it's never fun to have an infection -- but knowing the difference between the two can often be the best way to get better. 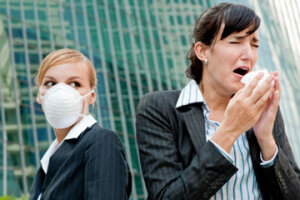 How do infections go airborne?

How do bacteria become resistant to antibiotics? 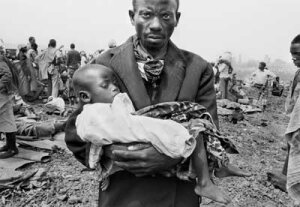