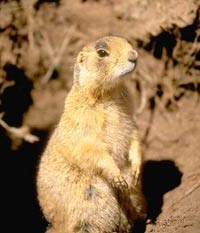 Bubonic plague has a distinctive set of symptoms, but it can sometimes be difficult to diagnose. Without a visible bubo, the first symptoms simply resemble the flu. If buboes form in the abdomen, a doctor might mistake bubonic plague for appendicitis. There are also other illnesses that can cause painfully swollen lymph nodes. These include cat-scratch fever and mononucleosis. Even anthrax, which starts with similar flu-like symptoms, can provoke swelling in the lymph nodes.

Bubonic plague is a dangerous disease if left untreated. Without medical attention, pneumonic and septicemic plague are almost always fatal, and they don't generally form the buboes that can make plague easier to detect. Therefore, doctors do more than just look for buboes when making a diagnosis. They also ask about exposure to rats and other rodents, particularly in plague-prone areas. The final diagnosis often comes from examining smears of bodily fluids through a microscope. In cases of suspected bubonic plague, fluid drawn from the bubo is usually the best option, since it tends to include lots of bacteria. Doctors can also examine blood, sputum and Cerebrospinal fluid.

Without treatment, bubonic plague is up to 60 percent fatal, and pneumonic plague is almost always fatal. With prompt antibiotic treatment -- within 24 hours of showing symptoms -- the mortality rate drops significantly. For this reason, researchers at the Institut Pasteur have developed a new, faster test. The test uses a dipstick rather than microscopes and slides. Instead of looking for bacteria, it detects the presence of a specific molecule that is part of Yersinia pestis' cell wall. The test can confirm a diagnosis in about 15 minutes. [sources: BBC, New Scientist].

Effective treatment of plague requires antibiotics. Streptomycin is used most often, but tetracycline and gentamicin can work as well. Sometimes, doctors will prescribe antibiotics to family members or people who have been bitten by fleas in plague-prone parts of the world. Doctors may also isolate the infected person, particularly if he has contracted pneumonic plague.

Symptoms generally improve within a few days of treatment, but buboes can take weeks to return to normal. However, a drug-resistant form of the disease has emerged in Mozambique. Exactly how this strain will affect public health remains to be seen.

Since plague is a dangerous disease, doctors generally have to report suspected cases to the proper authorities. In the United States, the doctor has to notify local and state health departments. The U.S. Centers for Disease Control (CDC) confirms the diagnosis and informs the World Health Organization (WHO). In a case of biological warfare, all of these agencies would be involved in the response. Likely tactics would include quarantines and preventive doses of antibiotics, particularly in cases of pneumonic plague.

Plague can seem like a distant possibility to people who live in clean homes with few rodents nearby. However, experts disagree about whether another plague pandemic is possible. Some feel that improvements in hygiene, medical care and pest control make a worldwide outbreak almost impossible. Others believe that plague's exceptional virulence and its ability to become airborne in pneumonic cases will transcend any human efforts into stopping its spread.

To learn more about plague, enzootic illnesses and other topics, check out the links below.