by Stephanie Vermillion Apr 23, 2020
Phytoplankton, an organism so small that millions can fit in one drop of water, produces its own energy through photosynthesis. It accounts for nearly half of all photosynthesis on the planet. FotoshopTofs/ Pixabay

One of Earth's unsung heroes is also among its tiniest. Plankton, a single-celled algae, is barely visible to the eye, but it contributes to some of the world's most important resources. It's essential to the food chain, it's a main supplier of oxygen and it's the fuel that keeps our cars running and our homes heated.

These organisms, no bigger than a human hair, float in the sunny, upper parts of the ocean. The two main types of plankton — phytoplankton and zooplankton — actually support one another. Phytoplankton, an organism so small that millions can fit in one drop of water, produces its own energy through photosynthesis. It accounts for nearly half of all photosynthesis on the planet. Zooplankton (small animals and crustaceans like copepods) and other small fish and marine creatures eat phytoplankton, then become food for bigger fish, and so on up the food chain.

From seals to dolphins, virtually every creature in the ocean eats either plankton or an organism that depends on plankton. In a David-versus-Goliath-like battle, filter-feeding baleen whales like the humpback rely on tiny organisms such as plankton and krill. Like a filter, these whales take in huge gulps of water, then use their tongues to push out liquid so food like krill and plankton remain. Right whales also swim open-mouthed through plankton-filled waters; they trap the plankton, and their tongue pushes the organism down their throat.

But plankton's role in the food chain doesn't stop in the ocean. Polar bears and sea birds rely on plankton-fueled meals like seals and fish. Even humans count on fish (and therefore plankton) to survive. Americans alone eat around 15.5 pounds (7 kilograms) of fish and shellfish per person, per year. Now that's a whole lot of plankton.

Plankton is even making its way to our dinner tables. English chefs like Angel Leon and Nuno Mendes of Michelin-starred Aponiente added plankton to their Taste of the Sea menu in 2013. This includes delicacies like a plankton cocktail, plankton risotto and plankton rice with aioli. They went this route for health reasons — plankton has many antioxidant properties, Leon told Metro — but became enamored with the "elegant" taste along the way.

"It's velvety and dry before mixing it with liquid. Silky once mixed, oily and elegant, pungent on the nose yet subtle and leaves a long finish in the mouth," Leon said.

While it's still rare in restaurants, plankton is slowly catching on. According to Fine Dining Lovers, plankton-producers like Spanish agriculture company Fitoplankton Marino are growing the microalgae for human consumption, and one chef even tried his hand at phytoplankton bread.

As Long As We Need Oxygen, We Need Plankton

Plankton's earthly contributions go beyond the food chain. Marine plants like phytoplankton, kelp and algal plankton produce 70 percent of Earth's oxygen. In fact, Prochlorococcus, a type of phytoplankton, produces the oxygen for one out of every five breaths a human takes.

And phytoplankton's superpowers don't stop there. Not only does it help produce oxygen through photosynthesis, phytoplankton also takes carbon from the atmosphere and stores it deep in the ocean, which ultimately helps curb climate change. This is similar to the process trees use to store carbon in leaves. Since photosynthesis consumes carbon dioxide, the carbon is basically stored in each plankton. One group of scientists found that phytoplankton incorporate up to 45 to 50 billion tons (40 to 45 billion metric tons) of inorganic carbon into their cells.

And that petroleum we use to fuel our cars? It's it's made through a process that dates back to ancient seas. And it also involves that tiny super-hero of an organism, plankton.

When plankton die, they sink to the bottom of the oceans. Here, debris settles on top of them and chemical reactions transform the materials into waxy kerogen and bitumen, a black tar that's one of the main ingredients of petroleum. The kerogen also undergoes further changes as it heats, and it becomes what's known as crude oil or, if temperatures are even hotter, natural gas.

So How Much Plankton Is Out There?

Plankton may be essential, but this small organism is also elusive. Scientists have long struggled to accurately predict phytoplankton numbers and growth rates, but according to NASA that changed in 2005 thanks to satellite observations. NASA reported that scientists can figure out phytoplankton numbers based on how green the water is. "It's this 'greenness' that provides a sort of litmus test for growth rate," NASA said in that 2005 paper. When phytoplankton get stressed by cold water, they become less green. Phytoplankton-rich waters become greener as conditions and growth rates improve.

Researchers estimate phytoplankton makes up 1 percent of all of Earth's biomass (the total mass of organisms), but that number is dwindling. A study published in the journal Nature in July 2010 showed that gradual warming ocean waters have decimated 40 percent of Earth's phytoplankton since 1950. Whether we know it or not, all humans rely on this microalgae. That's why a 40 percent decrease — or more — is worrisome.

Now That's Interesting
By day, you can tell if water is filled with plankton based on how cloudy it is — murkier water typically means more plankton — but at night, it's a full-on light show. Plankton-filled water glows in a shade of electric blue through bioluminescence. Some can glow green, red or orange, too. 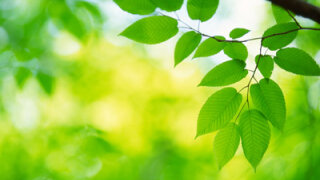 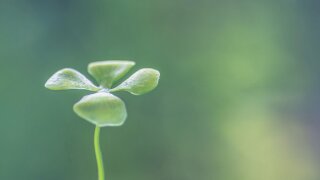 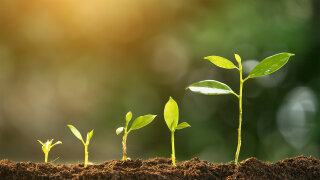 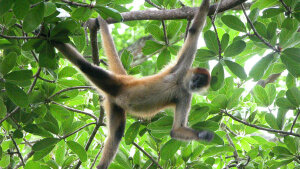 Spider Monkeys Are the Trapeze Artists of the Treetops
June 4, 2020