Slimy Bacteria Inch Toward the Light

If you've ever stepped on a slippery underwater rock, this will creep you out — slime can both see and move.

For more than 300 years, scientists have been trying to figure out how bacteria see. Thanks to a team of researchers, we now know that the cyanobacterium Synechocystis sp. PCC 6803 senses the position of a light source and crawls toward it using tiny tentacles.

Cyanobacteria create the oozy, blue-green slime on underwater rocks, and they've been one of the most important producers of oxygen for about 2.7 billion years. Found in freshwater lakes and rivers, Synechocystis is a spherical, single-cell cyanobacterium that's about 0.003 millimeter across. When the bacteria migrate together as cell colonies, they become macroscopic.

Bacteria are optical objects, each cell acting like a microscopic eyeball or the world's oldest and smallest camera eye.
eLife

While the light refraction process is similar in human vision, Synechocystis isn't going to beat us at an archery competition anytime soon. Since it's half a billion times smaller than the human eye, the resolution of its vision is much lower, and it can only perceive blurred outlines of objects.

Could these findings be an example of an evolutionary connection between single-cell bacteria and multicellular organisms like us? Delve deeper into the world of slime vision by watching the video above. 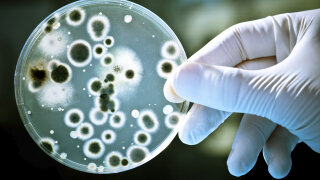 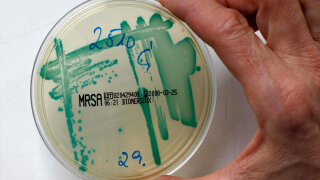 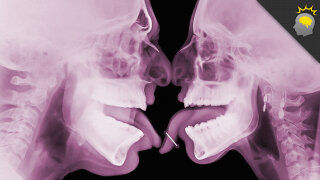 Stuff to Blow Your Mind: A Big, Bacterial Smooch - Science on the Web