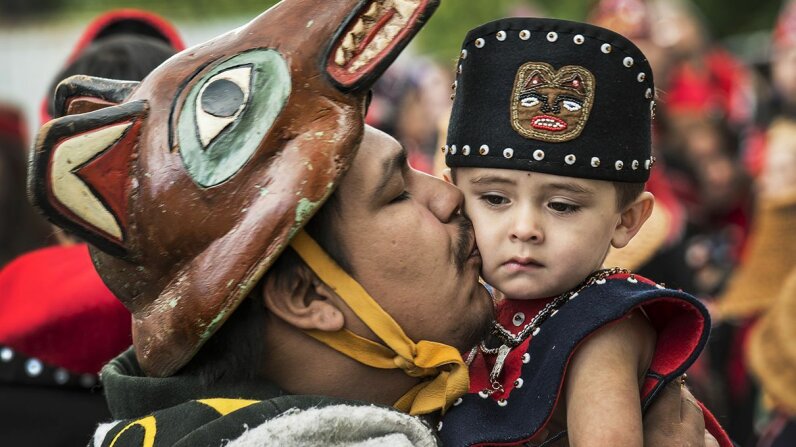 A new study by an international group of scientists concludes that a 10,300-year-old man whose skeleton was discovered in an Alaskan cave is closely related to the remains of three people who died thousands of years later in British Columbia. And according to the study, published recently in Proceedings of the National Academy of Sciences, these three in turn have a link to four tribes of indigenous North American people living today.

These findings add to the evidence, the study's authors say, that current indigenous tribes can trace their ancestry to some of the continent's earliest people. As detailed in an article on the research in Science magazine, the work started back in 1996, when researchers working with the Tlingit tribe gathered DNA from Shuká Káa, an ancient skeleton that had been discovered in a cave on Alaska's Prince of Wales Island, and whose name translates as "Man Ahead of Us." At the time, the scientists focused upon mitochondrial DNA (mtDNA), but they were unable to establish a match between the mtDNA and the tribe's modern members.

But years later, as methods of sequencing ancient DNA improved, they gained permission to extract nuclear DNA from Shuká Káa, as well as from three more recent skeletons. One was a 6,075-year-old skeleton found on Lucy Island in British Columbia, just 186.4 miles (300 kilometers) from the cave where Shuká Káa was found. Another was a 2,500-year-old skeleton from Prince Rupert Harbor in British Columbia, while the third was a skeleton from the Prince Rupert area that dated back to 1,750 years ago.

Researchers are analyzing DNA from ancient individuals found in southeast Alaska, coastal British Columbia, Washington state and Montana. A new genetic analysis of some of these human remains finds that many of today's indigenous peoples living in the ...
Julie McMahon/University of Illinois

The scientists couldn't reconstruct the entire genomes of the long-dead individuals, but they managed to sequence about 6 percent of Shuká Káa's genome, and between a third and two-thirds of the genomes of the other ancient people. Then they compared that genetic data to see how closely the individuals might be related to each other — and to 156 different groups of indigenous people currently living.

The researchers found that sequences from the three most recent sets of remains were closely related to the Tlingit, Tsimshian, Nisga'a and Haida tribes of the Pacific Northwest.

Shuká Káa's sample, in contrast, seemed to be more closely related to DNA from indigenous people in South and Central America than to the Pacific Northwest tribes, though the link wasn't statistically strong. But an analysis of his mtDNA and nuclear DNA together suggested that he was also a close relative of the three more recent skeletons.

But when all the connections are put together, it forges an apparent connection that stretches from Shuká Káa to the modern tribes.

It's tempting to wonder if this means that a living member of the Tlingit is directly descended from Shuká Káa, whom scientists believe was a seafarer because isotopes from his teeth show he ate marine animals. But as a prominent researcher not involved in the study explains, that's too far of a leap.

"That there can be evidence of specific links between a thousands-of-years-old individual and present-day individuals is somewhat of a fallacy," says Pontus Skoglund, a professor of genetics at Harvard Medical School, via email. "This is because even if some parts of the genome are shared, it could be due to a link to ancestors of the ancient individual rather than the ancient individual himself."

Skoglund, the lead author of a landmark 2015 article in Nature that described genetic evidence that there were two distinct waves of migration from Asia to the Americas, says that "each person has so many ancestors going back through the generations that things just get so mixed up."

But it is possible to study in detail how populations from different points in time are related to each other, Skoglund said. In that sense, the study fits with the inscription on Shuká Káa's tombstone when he was reburied, which cited him as evidence that the Tlingit had lived in the area "since time immemorial."

Now That's Interesting
The researchers concluded that Shuká Káa belonged to a different ancestral line than Kennewick Man, an 8,500-year-old set of remains found in Washington, and from the 12,600-year-old Anzick-1, a set of child remains found in Montana. That lends further evidence to the theory that there were two sets of migration to the Americas.