If a species doesn't have a big enough gene pool, can it still evolve? 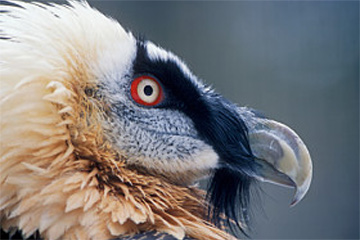 The bearded vulture faces the perils of a limited gene pool after being hunted nearly to extinction. See more pictures of birds.
Franz Aberham/Workbook Stock/Getty Images

Anyone who's taken biology has heard the phrase "survival of the fittest." To the relief of couch potatoes everywhere, the phrase doesn't refer to physical fitness but rather to evolutionary fitness. As a population of a given species reproduces, certain variants of a gene, known as alleles, can become more prevalent in that population as those alleles prove advantageous for survival.

Peppered moths provided the most famous example of this process in action. Before England's Industrial Revolution, light colored peppered moths far outnumbered the dark colored variety. As pollution from factories covered towns in soot, however, dark colored moths were suddenly much better camouflaged against predatory birds, and within a few decades, the dark colored moth became more prevalent than the light colored variety. The evolution of the peppered moth is an example of natural selection at work; the genetic variation most suitable to a given environment is the one that thrives.

But not every species is fortunate enough to have a rich and varied gene pool. For instance, a catastrophic event like an earthquake or rapid climate change might wipe out the majority of a species, leaving only a few genetically similar members to carry on. Overhunting can have the same effect, resulting in what biologists call a population bottleneck. Even if the species recovers from the bottleneck and increases its numbers, subsequent generations may still lack genetic diversity, a serious handicap, according to Dr. Shozo Yokoyama, a professor of biology at Emory University.

If, on the other hand, a species has little genetic variation, that species may not be able to adapt to changing environmental conditions. Genetic drift, another significant mechanism of evolution, also depends on significant genetic variation to operate (though in the case of genetic drift, chance determines which alleles become prevalent). Considering how both natural selection and genetic drift function through genetic diversity, you might reasonably wonder if species with small gene pools can evolve at all.

The cheetah, for instance, once had four distinct subspecies but now has only one after apparently experiencing a population bottleneck. In fact, after studying cheetahs' enzymes, scientists have concluded that as recently as 10,000 years ago, fewer than seven cheetahs remained. Cheetahs were able to increase their numbers by inbreeding, but not the size of their gene pool. Now, the cheetah's lack of genetic diversity makes it very susceptible to disease and environmental change.

The bearded vulture faces similar threats after being hunted to the brink of extinction; scientists have determined that the few remaining birds have all descended from a population of only 36. Bearded vultures now lack the genetic diversity to evolve effectively through natural selection or genetic drift. But are the cheetah and the bearded vulture doomed to extinction by their small gene pools? Maybe not.

Their hope lies in mutation. Mutation occurs whenever genetic material isn't duplicated properly. Typically mutations are either harmful or have no effect on an organism, but occasionally mutations can introduce positive changes into a species' gene pool. What's more, mutation doesn't depend on genetic diversity to function.

"In terms of genetic forces, mutation is the only one that causes genetic variation in a population; it's the source for that variation," says Dr. Yokoyama. "And that mutation can occur in any population at any time. There's always a chance that a population can evolve in a new direction because of a mutation."

That means that, even if a species had no genetic diversity at all, it could still evolve. According to Dr. Yokoyama, that's good news for cheetahs.

"Mutation happens at a certain rate, and then selection or other systems can work on it, depending on the environment," he says. "Even for cheetahs, if you wait long enough, mutations can create variation."