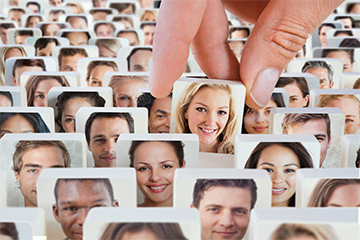 Physical appearance is a big part of how we make a match in dating. After all, aren't you interested in your potential mate's earlobe length? If you were a biological anthropologist, you just might be.
Dimitri Otis/Stone/Getty Images

Looking for a mate? Great. Let's get a few pieces of information about you first.

Dating websites each have their own algorithms for calculating how best to match people up with potential partners. If you were to sign up for one, chances are you'd get asked the first few questions we listed above, but earlobe length and neck circumference wouldn't make the cut.

Put a biological anthropologist in charge of developing the dating questionnaire, and you just might end up answering these two peculiar questions. Studies have shown positive correlation between physical characteristics like earlobe length amongst spouses [sources: Nelson and Jurmain, Steinmetz, Lusk]. Although the correlation is low, every little bit of data could be useful to make a love match. The data could help a biological anthropologist to get a better handle on how and why people mate, leading to a stronger understanding of how different populations of humans evolve and adapt.

Anthropologists study humans as members of a group and try to learn how they differ in form and behavior from other clusters of people. It's a broad field that encompasses a wide range of studies from anatomy (earlobes!) to analyses of poetry and art within a culture. Biological anthropology (sometimes called physical anthropology) sits on the science extreme of the range. These anthropologists examine two basic areas: human evolution and human variation.

Come with us as we learn more about what that all means.

The Ugly Origins of Biological Anthropology

The motivation for the early studies of biological anthropology are, by today's standards, quite controversial. Anthropologists in the mid-1800s were seeking to find physical data to support the idea that "civilized races" were smarter and more superior to "uncivilized races." They studied the skulls of Native Americans and other nonwhite peoples, searching for evidence that the brains of white people were bigger and better, hence their social and economic superiority. At the time, many looked to this "evidence" as justification for slavery. As history progressed toward World War II, the notions of physical reasons for superiority of certain races fueled the fire of the Nazi agenda in Germany.

Perhaps in response to the nightmare of World War II, the field was rebuilt intellectually in the 1950s by anthropology scholar Sherwood Washburn. Known for his holistic approach toward examining human evolution, Washburn threw out the notion that skull measurements held any value in researching groups of people. He advocated an interdisciplinary approach to anthropology and felt his colleagues instead should be focusing on the dynamics of how primates developed and diversified from earlier species over time (evolution) and how they changed genetically over generations in response to their environments (adaptation). He argued that the field should be based in human evolution rather than racial classification, and that the scientific investigations should be rooted in studies of how humans fit into the biology and behavior of all primates.

Before Washburn's influence, the field was called "physical anthropology," largely based on the nature of physical measurements of skulls and to differentiate it from "cultural" anthropological studies. But as his ideas started to remold the field into what it is today, the name "biological anthropology" began to take hold. Although it has this unified name, the interdisciplinary subject of study actually acts as more of an umbrella to bring together all sorts of scholars beyond just anthropology, including psychologists, geologists, primatologists, zoologists and many more. Because the field encompasses so many different types of ideas, scholars have broken it down into three parts: primatology, paleoanthropology and human variation (also called human biology).

How to Become a Card-carrying Biological Anthropologist

Looking Back to Our Primate Ancestors 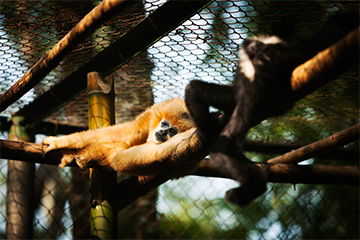 Scrutinizing our primate history is a key tenet of biological anthropology. Primatologists focus on nonhuman primates and share their findings, which help us to learn more about ourselves as a species. Paleoanthropologists pore over the fossils of our ancient human ancestors to give us a better understanding of how we evolved.

The main issue in primatology today is conservation of primates in the wild. However, even studies with that goal in mind can help us to understand more about humans. For example, observing how baboons interact with their environments, how chimpanzees commit infanticide (the killing of the very young by an adult) or how gibbons form monogamous relationships helps us to unearth patterns of social interactions. Can those patterns be directly projected onto primates of the human persuasion? Not necessarily, but they do give us clues about how we derived from primate biology, and how we diverged from it.

Biological anthropologists don't just research our living nonhuman primate relatives. They also dig deep into studying our nonliving primate ancestors. Literally, they dig – fossils, that is. By reconstructing fossil remains of past humans and human ancestors like Homo erectus, anthropologists are able to propose possible lines of descent, arriving at the modern-day human. Paleoanthropologists analyze and interpret fossils to learn things about the environment at different times in history and even propose genealogical relationships among ancient species.

Proper classification of hominid fossil records is hard. Even our best guesses of which fossils belong to which species are just that – guesses. We can never get proof of the way things were back then (until, of course, we invent a time machine). Anthropologists have estimated anywhere from three to nearly 20 prehuman species [source: Marks]. Despite this uncertainty in species identification, scientists still have learned a lot about how and when these different species adapted and evolved. For example, they've learned about the emergence of walking, chewing and thinking, all notable adaptations in human evolution. 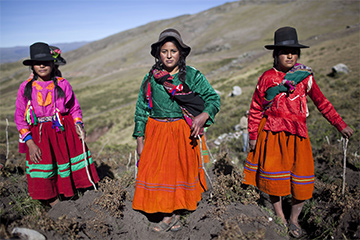 Natives of the Andes, like this trio, may have up to 30 percent more red blood cells than those of us living at sea level.
Ernesto Benavides/AFP/Getty Images

Charles Darwin viewed evolution as a gradual emergence of new varieties of life from previous forms over long periods. A gradual emergence, however, must be made up of a bunch of microscopic changes in much shorter periods, known as short-term or microevolution. These tiny evolutionary changes usually are found within a specific population of people and often are due to adaptations that are made to help cope with environmental pressures like increased solar radiation, high altitude and dietary differences.

Biological anthropologists explore many of these environmental pressures and investigate the adaptations that populations undergo in response to them. Let's take high-altitude living as an example to see exactly what they are learning about populations who live high in the mountains. The 25 million people who live at altitudes above 10,000 feet (3,048 meters) cope with daily stressors to their bodies, the most challenging of them being the low oxygen pressure in the air [source: Nelson and Jurmain]. Natives of the Peruvian Andes have up to 30 percent more red blood cells than populations at sea level to allow the blood to carry more oxygen [source: Nelson and Jurmain]. Other physiological adjustments in this population include lower birth weights, larger placentas and delayed sexual maturity. Some of these changes can be attributed to individuals' bodies making physiological adjustments to their environment (acclimatization), not an actual adaptation in the population that demonstrates evolution.

Acclimatization is a reversible process, should individuals be taken back into an environment that no longer contains the stressful element to which their bodies were responding. This type of change does not leave a lasting impression on a species the way an adaptation does. This debate between acclimatization and adaptation is at the crux of what a biological anthropologist might study. They employ all sorts of models to compare genetically related populations living under different environmental conditions to find out more about how we, as humans, have evolved and continue to evolve.

What It Means to Be Human

Existentialists get all the credit for asking those big life questions: Who am I? How did we get here? Biological anthropologists, however, are asking those same questions and delving into scientific investigations to figure out the answers.

There is so much variation in the idea of a human being. Different skin color, different stature, different intellect, different everything. We are, after all, each our own special snowflakes. There is a thread, however, that makes us all human. We evolved to land in this diverse pool in which we currently exist. But how? Biological anthropologists use tools from genetics, zoology, paleontology and more to understand the differences within and between human populations, getting at the environmental and hereditary bases of diversity. As you can imagine, this can get messy.

As we mentioned earlier, people have used some of the ideas from biological anthropology to make justifications for supremacy of one race over another. Biological anthropologists must work hard at investigating human diversity scientifically without allowing race to act as a basic organizing tool, and they do this by employing a few strategies. First, they control data for economic status and access to health care, comparing populations of humans based on their social circumstances. Second, they look closely at the origin and basis of physical features without categorizing those features within particular races. For example, they look at skin color as a continuum of a spectrum, not in association with one race or another. Finally, they explore geographic distribution of human traits without racial identification. While connections to race will inevitably exist, racializing the approach to data collection and analysis does not provide useful information about the overall human condition.

Biological anthropologists get to explore all our differences to get at what it really means to be human. The diversity of the contributors to this field is second only to the diversity that exists in the populations they research. Using ideas from a myriad of disciplines, biological anthropologists get to look into the past, study the present and learn more about our future as an evolving species.

As a physical scientist, I've always loved numbers, irrefutable rules of nature, logic. The social sciences have always felt too messy to me because they involve humans. And, well, we're messy. Learning more about biological anthropology made me realize, however, that the mess is what makes it fun. The different factors that all go into making the study of humans messy – where we grew up, how we grew up, our genes, etc. – is what makes it so interesting to study. And frankly, what makes it so interesting to be human. Living in a world of robots that all followed rules of nature and logic precisely sounds lame.

Glacier 'Mice' Move and That Has Scientists Stumped
What are endorphins?
Perfectly Preserved Prehistoric Lion Cub Found in Russian Permafrost