Why is it so difficult for species to leave their ecological niche?

Browse the article Why is it so difficult for species to leave their ecological niche? 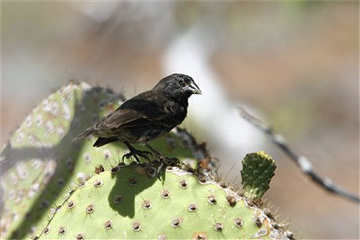 Does that medium ground finch on the Galapagos Islands have any idea of the scientific stirrings he and his bird brethren caused? See more pictures of birds.
AP Photo/B. Rosemary Grant

The term niche has acquired many different meanings over the years. For example, in some contexts, it describes a person's position in life or a specialized but profitable corner of the market. But many of us remember niche as a concept presented in biology class, when our instructors covered the chapter on populations, communities and ecosystems.

In case you don't remember the lesson, here's a quick recap. A population is defined as a group of individuals of a single species living in the same general area. When several populations live close enough to interact, they form a community. And when you consider all of the organisms living in a community plus all of the abiotic factors (those not related to living organisms), such as temperature, water, sunlight, humidity, wind, rocks and soil, you have an ecosystem.

The species, then, is the building block of an ecological system. For a species to maintain its population, its individuals must live long enough to reproduce. Survival, however, depends on a variety of factors and conditions. Take a tree frog living in a Brazilian rainforest, for example. It can only survive if temperature and humidity stay within a certain range. It also needs access to a certain amount and type of food. Meanwhile, it must avoid becoming food for other predators. The sum total of these conditions is the tree frog's ecological niche. Or, put another way, the frog's niche is the unique role that it plays in its rainforest community.

Now consider a situation in which a particular population lives in an area without the influence of predation or competition. The species in question would have a bigger niche because there would be fewer variables to limit its ability to survive and reproduce. Ecologists refer to this as the fundamental niche of a species. In nature, the fundamental niche is purely hypothetical because no species lives in complete isolation. Instead, different species of organisms crowd together and compete for the same limited resources. This is known as interspecific competition, and it results in the realized niche -- the part of the fundamental niche actually occupied by a species.

When one species faces competition from another, it can't easily abandon its ecological role in favor of a new one because its survival depends on the factors that define the niche. In other words, evolution has led the species to become adapted to a range of very specific environmental conditions. Because this is so, interspecific competition usually leads to one of three outcomes:

Charles Darwin observed and described character displacement when he visited the Galapagos Islands. While there, he noticed several kinds of finches that had similar appearances, yet seemed to be different species. The most notable differences were the birds' beaks, which were shaped to feed on a specific type of food. For example, the beak of one finch was adapted to eat cactus flowers. The beak of another enabled it to crush seeds found on the ground.

In all, Darwin described 14 finch species, each with a slightly different beak and therefore occupying a different niche. He concluded that, many years ago, ancestral forms of the finches had flown to the islands and begun to compete for resources. In response, the ancestral birds evolved so that they acquired new beak designs, which were adapted for specific diets.

Today, biologists continue to debate and refine the niche concept. But even as it undergoes these changes, the niche remains a key ecological principle and an important way to describe a species.