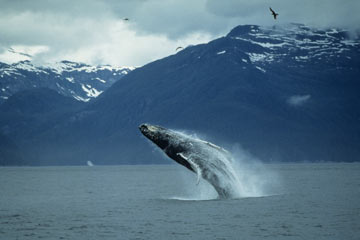 Things start out very small in our universe, and life is no exception. Today's Earth is home to a vast and varied population of living things, yet all life traces back more than 3 billion years to a lone, single-celled species. We call this organism the last universal common ancestor (LUCA).

Some biologists believe LUCA evolved from simpler strands of nucleic acids. While the organism's exact nature is unknown, its genetic code exists in all of us. This code is essentially the universal language for DNA. The genetic manufacture of insulin for diabetics provides an excellent example of DNA's uniformity across life. Scientists can place a human insulin gene inside a bacterium, and that bacterium will produce insulin.

The genetic code plays a crucial role in reproduction, an act that all walks of life share. But an organism doesn't merely make a copy of itself. If this were the case, there would have never been any variation in LUCA's offspring, and life's enormous biological family tree would have never branched out into the diversity that surrounds us today.

Offspring exhibit slight variations of form and function so that the DNA of subsequent generations are all marginally different from prior groups. Even siblings differ slightly from one another through a combination of nature and nurture. On the nature end, this process occurs through mutation. The new organisms face environmental challenges, and only those suited to survive these obstacles pass on their mutated genes. We call this natural selection, the process by which life forms evolve and develop into new species.

To examine a more detailed account of this process, we return once more to bacteria. These single-cell organisms are ideal for such studies, not only for their simplicity, but also for their brief life spans. In 1988, a Michigan State University biologist used a single E. coli bacterium to start 12 laboratory populations. In 20 year's time, these populations went through 44,000 generations. Researchers observed the bacteria as they grew larger and faster in response to their lab diets. Then, the 31,500th generation suddenly developed the ability to consume citrate, a nutrient they'd been surrounded by the whole time, but were unable to metabolize. The population of mutated, citrate-consuming bacteria skyrocketed [source: Holmes].

Outside the world of bacteria, evolutionary changes take longer to fully realize. Australian skinks, for instance, lost their legs to become more snakelike over the course of 3.6 million years -- and even this was a rather fast change [source: Roach].

That, in a nutshell, is how life evolves. It's the path LUCA took in becoming everything from amoebas to zebras, and the path human beings continue to take today as they respond to environmental stimuli and steadily change into something more suitable for the world around us.

Explore the links on the next page to learn more about evolution.