How to Survive a Mass Extinction

How to Prevent a Mass Extinction 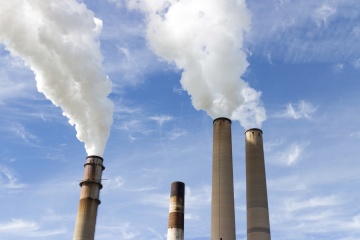 Addressing and mitigating the effect we're having on our environment can be part of slowing down an extinction event.
Herlein/iStock/Thinkstock

All that geoengineering stuff sounds pretty amazing, but it raises some real concerns. For one, there will almost certainly be unintended consequences from large-scale climate experiments. But perhaps just as troubling is that we, as a society, might start counting on scientists to bail us out when we might be better served taking action on our own. After all, if all of us are nudging the Earth toward a mass extinction, shouldn't we all be part of the solution?

If we're going to try to stave off a mass extinction, the first thing we need to do is address human-caused climate change. Some scientists think we may have already passed the point of no return, but a 2014 report by the United Nations' Environment Program and the World Resources Institute suggests there is still a glimmer of hope. In order to hold global warming under 3.6 degrees Fahrenheit (2 degrees Celsius), the standard they set to avoid dangerous climate change, we need to reduce greenhouse gas emissions by a daunting 50 percent by 2050 [source: Sheridan].

How? For starters, combine trips in your car. Buy more efficient cars. Adjust your thermostat down in the winter and up in the summer. Bike to work. Recycle. These may seem like small changes, but if everyone pitched in, the effect could be huge [source: Barnosky]. Take something as simple as a light bulb: If every American replaced one incandescent bulb with an Energy Star-rated one, the reduction in greenhouse gas emissions would be equivalent to taking 800,000 cars off the road [source: EPA].

Another extinction-maker is habitat loss. Now I like a juicy hamburger as much as the next carnivore, but reducing meat consumption would help out in a big way. Crops provide more calories per acre than livestock, so you can feed more people with less land. That's because you need land to grow livestock feed in addition to the land needed to pasture the animals [source: Oremus].

Finally, there's the problem of poaching and overfishing. Don't buy products that come from endangered species (like ivory) and try to purchase seafood from sustainable fisheries. For a little guidance, hop over to the IUCN Red List to search for endangered species and the Monterrey Bay Aquarium Seafood Watch to find seafood recommendations.

In the end, no one is sure how much we can do at this point. We've already changed our climate so much that these steps might only delay the inevitable. But to state the obvious: We're either going to have to try to prevent a mass extinction or cope with it. Here's to hoping we can make Lystrosaurus proud.

Author's Note: How to Survive a Mass Extinction

I can't think of a heavier topic than mass extinction. Pondering the death of 75 percent of all species on Earth, possibly including your own, is a harrowing task for any author with a healthy sense of self-preservation. But among all the bad news, I think there are some positive things to take away from this article. Humans have always shown an incredible capacity to persevere when disaster strikes. And what's more, there are a lot of really smart people who are already thinking of ways to ensure our survival. Perhaps the alien race who discovers the smoking rubble that was planet Earth will read this sentence and laugh, but I don't think we'll go down without a fight.