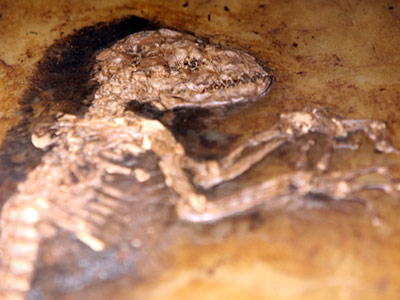 On May 19, 2009, researchers held a press conference at the American Museum of Natural History. From behind a podium bearing the slogan "The Link: This Changes Everything," speakers talked about a fossil known as Ida. The fossil, they explained, was an amazing find that would change our understanding of evolution. In video clips released as part of the media package, Richard Attenborough said, "Now people can say, 'You say we're primates, like monkeys and apes, and that we came from very simple, generalized mammals. Show us the link.' The link ... until now, is missing. Well, it is no longer missing."

Within hours, the mainstream media and the blogosphere were abuzz with the news about Ida (pronounced EE-dah). "Scientists find the missing link," declared a headline at the Daily Mail online. But almost immediately, the dust started to settle. Journalists and scientists had a chance to read the academic paper describing the find, published in the journal PLoS ONE on the day of the announcement. Headlines did a 180 over the next couple of days: One, in Time, read, "Ida: Humankind's Earliest Ancestor! (Not Really)."

The original paper, "Complete Primate Skeleton from the Middle Eocene of Messel in Germany," contains no reference to a creature called Ida. Instead, it describes a 47-million-year-old fossil of an animal dubbed Darwinius masillae. Collectors excavated the fossil in 1983, split it into two pieces -- the fossil known as Ida and its mirror image -- and sold them separately. At the time, the two halves were identified as a different animal and weren't hailed as particularly important.

But almost 20 years later, Dr. Jorn Hurum rediscovered the more complete half of the fossil through an unnamed collector. He shelled out $750,000 to purchase it for the Natural History Museum of the University of Oslo [source: Devlin]. Hurum assembled a team of researchers to analyze the find. The media bonanza that declared it the missing link came after two years of work on the specimen.

But the idea that Ida is the missing link has more to do with the news coverage surrounding the fossil than the research itself. Without ever using the term, the paper does describe the fossil as a missing link -- a fossil that has traits from two different types of animals and may form an evolutionary link between them, of which there are many. It doesn't, however, present the fossil as "the missing link" -- a direct bridge between humans and early primate ancestors.

So if Ida isn't the missing link, what is it?

If Ida isn't the missing link, why is it important?

Although Ida doesn't quite fit the bill for the way most people use the term "the missing link," it's still an important find. First, it appears to document a previously unknown species, Darwinius masillae. It's the only D. masillae specimen discovered so far, and it's one of a very few primate fossils found in the Messel pit fossil beds.

The fossil is also almost entirely complete. Most animal fossils are highly fragmented -- they're bones, pieces of bones or small portions of skeletons. The D. masillae fossil, on the other hand, is about 95 percent complete [source: Franzen et al]. Even its tiny, delicate bones, like the tips of its toes and tail, are still intact. Only the lower part of one leg and possibly a few tail vertebrae are missing. This means researchers can get a complete look at an animal's entire skeleton instead of having to use knowledge of similar animals to try to fill in gaps.

On top of that, the D. masillae fossil shows the animal's hair and soft tissues, which doesn't happen often. The fossilization process works best on hard tissues, like bone. Hair, skin and other soft tissues usually rot away or are eaten by scavengers before they can harden into stone. But in the case of the D. masillae fossil, the animal most likely fell into a lake created by a volcano crater and was quickly buried in sediment at the bottom, where it was protected from destructive bacteria and predators.

As the material surrounding D. masillae's body hardened, bacteria left a dark stain. This dark stain essentially paints a picture of the animal's soft tissue and hair in the oil shale that surrounds the fossilized bones today. This gives researchers a much clearer idea of what the animal actually looked like, how its muscles were situated and how it moved. The level of detail even extends to the animal's stomach, which contains remnants of its last meal -- fruit and leaves.

Much like the dinosaur fossil known as Leonardo, the D. masillae fossil gives scientists a lot of information to work with -- and some research challenges. Both fossils are embedded in stone, and removing them from the rock would destroy them. That's why researchers used numerous imaging techniques to get clear pictures of D. masillae to study. Some of the technologies include digital X-rays, CAT scans and mammography.

Together with analysis of both halves of the fossil and comparisons to other fossil specimens, these images have allowed scientists to draw several conclusions about the fossil. And those conclusions -- while they don't quite make D. masillae the missing link -- have an importance all their own.

The fossil Ida is named after Jorn Hurum's daughter. Darwinius masillae is named after Charles Darwin and Germany's Grube Messel, the fossil bed where the only known specimen was found. 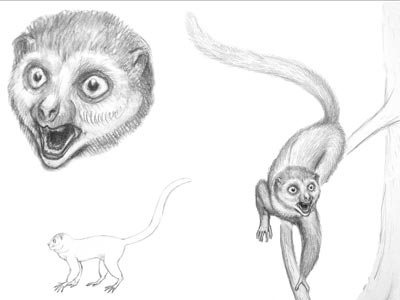 Scientists Call for a Global Germ Bank
Why did Neanderthals become extinct?
Giant Hogweed's Sap Can Give You Sunburn