The Superorganism vs. the Selfish Gene 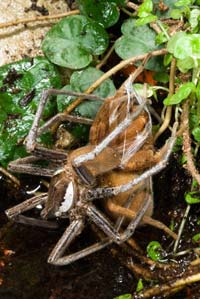 Evolutionary biologist Richard Dawkins wrote a book called "The Selfish Gene" in the 1970s. Dawkins' book reframed evolution by pointing out that natural selection favors the passing on of genes, not the organism itself. Once an organism has successfully reproduced, natural selection doesn't care what happens after. This explains why certain strange traits continue to exist -- traits that seem to cause harm to the organism but benefit the genes. In some spider species, the female eats the male after mating. As far as natural selection is concerned, a male spider that dies 30 seconds after mating is just as successful as one that lives a full, rich life.

Since the publication of "The Selfish Gene," most biologists agree that Dawkins' ideas explain a great deal about natural selection, but they don't answer everything. One of the main sticking points is altruism. Why do people (and many animal species) do good things for others, even when it offers no direct benefit to themselves? Research has shown that this behavior is instinctive and appears without cultural training in human infants [source: CBC]. It also appears in some primate species. Why would natural selection favor an instinct to help others?

One theory revolves around kinship. People who are related to you share many of your genes. Helping them could help ensure that some of your genes are passed down. Imagine two families of early humans, both competing for the same food sources. One family has alleles for altruism -- they help each other hunt and share food. The other family doesn't -- they hunt separately, and each human only eats whatever he can catch. The cooperative group is more likely to achieve reproductive success, passing along the alleles for altruism.

Biologists are also exploring a concept known as the superorganism. It's basically an organism made out of many smaller organisms. The model superorganism is the insect colony. In an ant colony, only the queen and a few males will ever pass their genes to the next generation. Thousands of other ants spend their entire lives as workers or drones with absolutely no chance of passing on their genes directly. Yet they work to contribute to the success of the colony. In terms of the "selfish gene," this doesn't make a whole lot of sense. But if you look at an insect colony as a single organism made up of many small parts (the ants), it does. Each ant works to ensure the reproductive success of the colony as a whole. Some scientists think the superorganism concept can be used to explain some aspects of human evolution [source: Wired Science].

There are many examples in the human body alone. The tailbone is the remnant of an ancestor's tail, and the ability to wiggle your ears is left over from an earlier primate that was able to move his ears around to pinpoint sounds. Plants have vestigial traits as well. Many plants that once reproduced sexually (requiring pollination by insects) evolved the ability to reproduce asexually. They no longer need insects to pollinate them, but they still produce flowers, which were originally needed to entice insects to visit the plant.

Sometimes, a mutation causes a vestigial trait to express itself more fully. This is known as an atavism. Humans are sometimes born with small tails. It's fairly common to find whales with hind legs. Sometimes snakes have the equivalent of toenails, even though they don't have toes. Or feet.