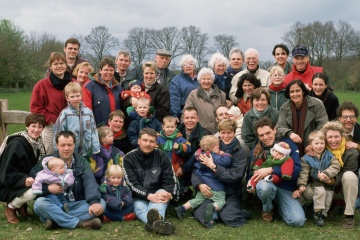 It's no secret that families share genes, but are mental illnesses part of the deal?
©Owen Franken/CORBIS

For centuries, we've guessed through anecdotal evidence that some mental health disorders grow strong roots within some families. If one of your first-degree relatives (that's your mom, dad, brother, sister or child) committed suicide, the risk you will (or will attempt to) is four to six times higher than it is for someone in a family without any suicidal behavior in it [source: Landau]. Similarly, if you have a schizophrenic family member, you have an elevated risk for the illness -- in fact, if you have a brother or sister with schizophrenia, your risk of also developing it is 8 times higher than the average Joe, and if you have a schizophrenic parent the risk jumps by 13.8 percent [source: Tsuang].

Is it circumstantial, or are mental illnesses genetic? The quick answer: It's not all a stroke of bad luck. Having just one blood relative with a mental health problem does increase your risk of having one, too. But while mental health professionals consider the genes of your blood relatives to be a factor in whether or not you'll develop mental illness, hereditary factors are just that -- parts of a puzzle. They aren't the only things at play. When you inherit certain genes from your parents, you're predisposed to certain conditions, but your exposure to viruses, alcohol, drugs and other toxins while you were in the womb, as well as your personal biology and brain chemistry, all have a role in your mental health. Experiencing trauma, negative life experiences or living in a high-risk environment are also potential triggers of a psychiatric illness. What we currently know is that while sometimes one, some or all of those factors may catalyze illness, they don't always -- sometimes they increase your risk but never manifest.

Let's take a look at what we know -- and still don't know -- about the genetic roots of mental illness, beginning with a big breakthrough in the late 1980s. 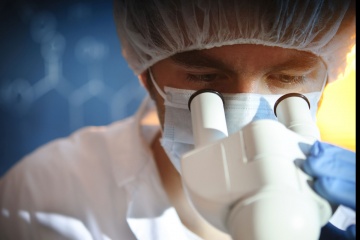 It wasn't until the end of the 1980s that researchers found the genetic roots of a mental illness -- bipolar disorder. After a decade-long study, they found that people affected by the illness shared a genetic mutation on chromosome 11 [source: Maugh]. For the first time, researchers had a way of focusing in on specific, distinctive genetic material that could help diagnose a mental illness rather than relying solely on a patient's symptoms, which may (and often do) overlap among several disorders. Bipolar disorder and schizophrenia both, for instance, share certain psychotic symptoms as well as depressive episodes, which can make diagnoses difficult in some patients.

Fast-forward across a few more decades of research, and growing evidence suggests that indeed a handful of psychiatric illnesses appear to be hereditary. In 2013, results of the largest genetic study of mental illness to date found that five common mental health conditions may share among them more than just symptoms; they -- including bipolar disorder and schizophrenia -- may share a variation in their DNA.

Bipolar disorder, schizophrenia, autism, attention deficit hyperactivity disorder (ADHD) and major depression may all seem very different from each other, but researchers studying inheritance patterns of mental illness found that people with these five disorders all share a common genetic variation. The variation appears to occur in four regions of human DNA. Two of those regions, two calcium channels known as CACNA1C and CACNB2, are involved in how well calcium gets to and from the brain cells, and helps those brain cells communicate. CACNA1C, for example, is known to be associated with emotions, memory, attention and thinking. (And in previous studies, CACNA1C was linked to bipolar disorder, major depressive disorder and schizophrenia.) Genetic variants linked to these five mental illnesses were also found on chromosomes 3 and 10; continuing research will need to be done to find out more about the impact of the variation in all four DNA regions, as well as the potential role of calcium channel blockers in treating these mental illnesses [source: Cross-Disorder Group of the Psychiatric Genomics Consortium].

Scientists also know that a gene variant may run within a family but may not be expressed the same way from person to person, which explains why your grandmother, your sister and your mother may share the same abnormal genetic variant as part of their unique genetic makeup but have three different diagnoses. Your grandmother could be affected with major depression, your sister with ADHD and your mother with ... nothing. It happens because individual bodies read genetic code in different ways -- the abnormal genetic pattern may exist in all three women, but it may not be activated or interpreted in the same way (or at all) each time. Your set of genes is unique and so is the way you express them.

When we find out (or suspect due to our family histories) that we're genetically predisposed to such conditions as cardiovascular diseases or cancer, many of us want preventative measures and we want them now. A healthy lifestyle, and maybe cholesterol-lowering medications, may help prevent you from having a heart attack. And cancer? Angelina Jolie, for example, took a proactive stance against breast cancer after testing positive for the high-risk mutation in the BRCA-1 gene -- in 2013 she underwent a voluntary double mastectomy. Are we close to the day when we'll be able to preventively treat our mental health as we do other chronic conditions?