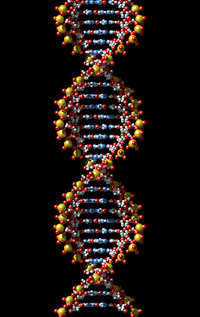 Science fiction books and movies are filled with examples of out-of-control machines, viruses, artificial organisms and artificial intelligences. These fictions represent the worst possible outcome, some people say, in "playing God." Some scientists offer the reassurance that by the time artificial organisms are actually created, more mechanisms would be in place to control them.

It's also important to remember that the wide range of diverse and complex organisms on Earth represents the product of almost four billion years of evolution. Even if the 10-year time frame is correct, scientists in 2017 won't be working with artificially created toxic plants, predatory animals or unstoppable viruses. Early synthetic life forms will be rather simple organisms of a few cells or less. In fact, more danger likely lies in the abuse of genetic engineering techniques to modify existing viruses to make them highly contagious or virulent.

To those who say that scientists don't have the right to "play God," advocates often say that creating artificial life is a natural extension of humanity's desire for progress and discovery. Research into artificial life may yield insights into some of biology's fundamental processes, though again, science fiction depictions of artificial creations run amok has likely not helped the case for artificial life.

Since there is some dispute about what defines both life and artificial life, we may see several premature claims of success from biologists. What would qualify as a success? Does it have to be a functional, complex, self-replicating organism, or would a simple bit of artificially created, self-replicating genetic code suffice? How basic must the ingredients be that are combined to create the organism? Francis Collins says that scientists would be "cheating" by using enzymes, which are themselves derived from life forms [source: PBS].

In what may represent an important first step, some scientists have already produced artificial viruses, but they did so by synthetically reproducing DNA of known viruses. They then injected this DNA into cells that weren't synthetically formed.

Once an artificial organism is created, how (and for how long) will it live? Collins believes that artificial life should be able to survive in a basic environment, perhaps in a simple sugar solution, without humans providing complicated chemicals [source: PBS]. Others might say that, at least at first, making some sort of microbe or organism that can survive briefly qualifies as a success -- even if it requires a lot of outside control or monitoring.

At the very least, some of the initial claims regarding artificial life will face significant scrutiny. In the coming years, expect an ongoing debate about what defines life, both "real" and artificial.

For more information about artificial life and other related topics, please check out the links below.