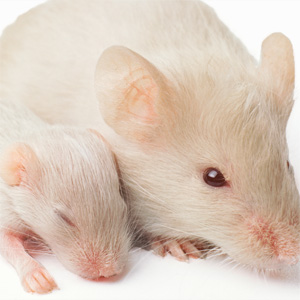 Mice may have been the first animals to reap the effects of gene doping, growing larger and stronger than mice not injected with genes in lab experiments.
GK Hart/Vikki Hart/­Getty Images

­Maybe you saw the "mighty" mice. After being injected with a muscle-preserving gene, some of these mighty rodents maintained the muscles of youthful mice, at the human equivalent of age 80, without exercise [source: Cromie]. Did that news story escape your notice? Well, maybe you heard about the healthy monkeys who, when injected with a blood-making gene, dramatically increased their red blood ­cells and, consequently, could carry more oxygen in their bodies [source: Svensson].

One day, it's mice and monkeys; the next, professional athletes. After hearing of these gene injection experiments, coaches and athletes have called the scientists, asking to volunteer as subjects [source: Reynolds]. So is it possible to "dope" with genes? Will athletes try it by the 2012 Olympics, or have they already begun doctoring their DNA?

First, let's be clear about gene doping. The World Anti-Doping Agency (WADA), whose drug code governs the Olympics and other events, defines gene doping as "the non-therapeutic use of cells, genes, genetic elements, or the modulation of gene expression, having the capacity to enhance athletic performance" [source: WADA]. That's a mouthful. A simpler definition might read adding or altering genes in otherwise healthy people to adapt the body for sports.

­Gene doping, as its name suggests, differs slightly from gene therapy. Gene therapy is used for illnesses, in which the injected gene compensates for one that's absent or not working. It's a matter of usage; the techniques for gene doping and gene therapy are more or less the same.

As far as we know, no athlete has tried gene doping, says Dr. Theodore Friedmann, a University of California San Diego professor who also heads WADA's panel on gene doping. But he says it's inevitable. And against sporting rules, too. WADA and the International Olympic Committee banned gene doping in 2003 [source: WADA].

Read on to find out how athletes might tamper with their genes and to what end. 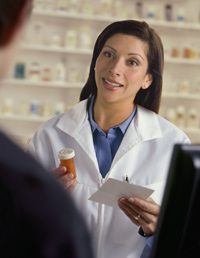 Obviously, you can't walk into a pharmacy and buy human genes. But the Internet and illegal labs pose other avenues for athletes or coaches.
Steve McAlister/­Getty Images

How would today's athletes try to dope their genes? They'd probably start by choosing the one they'd like to add or alter. For bigger or stronger muscles, they might inject a gene for making testosterone, human growth hormone or a muscle-strengthening protein called IGF-1, which stands for insulinlike growth factor-1[source: Friedmann, Wells]. To boost endurance, runners or cyclists might be tempted to try to add genes for erythropoietin, which would circulate more oxygen-carrying cells in the blood [source: Wells]. At their own risk, sports self-engineers could choose from close to 200 genes linked to athletic performance [source: Rankinen].

­After selection, comes acquisition. In the United States, this is where the operation turns illegal. The U.S. Food and Drug Administration (FDA) hasn't approved any human gene products for sale [sources: Oak Ridge National Laboratory, Friedmann]. The only way you can inject genes into a living, breathing organism is through an experiment -- and only after clearing much red tape. Animal experiments must be approved by a university or hospital ethics committee. Human experiments also must be approved by the National Institutes of Health and the FDA. Currently, only humans with serious illnesses can be injected with genes as part of a clinical trial. No other uses are allowed.

What concerns officials, says gene doping expert Friedmann, are laboratories that could be paid to prepare the genes. "If someone were to offer a well-trained scientist, two or three post-doctoral fellows and a technician money to buy some equipment, set up a laboratory somewhere and make a virus that expresses this or that gene, that can be done quite readily," he says. "The money would be easily available through sport." Instructions for preparing and delivering the genes are published in scientific journals. "Technically, it's not beyond the capability of many tens of thousands of laboratories around the world," Friedmann says.

­The Internet could be another source of ready-made genes. Some Web sites claim to sell Repoxygen, a drug that contains the human gene for erythropoietin, plus some DNA controlling how it's made, housed inside a virus [source: Frankel]. Developed by a U.K. lab to treat anemia, Repoxygen caught the eye of Thomas Springstein, a German track coach, who, according to court records, tried to get the product for his athletes [source: Reynolds].

An athlete might scout around in China, too. Before the Beijing Olympics, one incident showed how a gene-doping substance might change hands. A German television reporter posing as swimming coach went to a Chinese hospital, asked about gene doping and was offered injections of stem cells, which, by WADA's definition, are gene-doping agents [source: Klein]. But the hospital doesn't seem to have offered either stem cells or genes to any real athletes [source: AP].

If an athlete managed to get genes to inject, he or she would need someone to inject them -- a crooked coach, teammate or doctor -- and because of the medical risk, monitor him or her for side effects.

Read on to learn how the athlete might be caught.

From a cheater's perspective, it's better to inject a gene for making a hormone than to inject the hormone itself because the gene converts cells into hormone-making factories, while the hormone must be injected again after the body clears it. 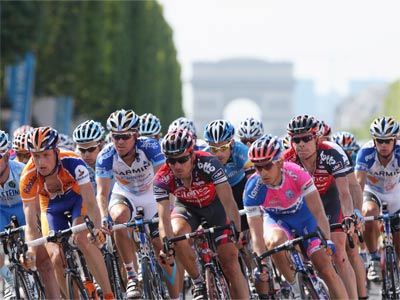 Tour de France officials have experience handling doping scandals, but like other agencies, they haven't perfected a test for detecting gene doping -- yet.
­Getty Images Europe

How would you catch a gene-doping athlete? Currently, there are no reliable gene-doping tests, but they're being designed. Besides, fancy tests may not be needed. At the 1998 Tour de France, a car inspection was enough [source: Rosenthal]. Police busted the Festina team's masseur with drugs, including erythropoietin, in his car [source: Abt]. The team's entourage was investigated, and the team was expelled before the race's end [source: Abt].

­For inconclusive evidence, you could examine the athlete's body. The effects of gene doping in healthy humans aren't known. But healthy animals have suffered drastic side effects, from fatal anemia, caused by an immune reaction, to blood vessels clogged with overproduced blood cells [source: Reynolds]. With no other medical explanation, an athlete's sudden sickness could signal a side effect of gene doping, but it's a stretch.

You could look for an immune reaction. When athletes inject genes, they put foreign material -- a virus carrying the gene or pieces of nonhuman DNA attached to the gene -- into their bodies. In gene therapy trials, humans have made rafts of antibodies against some viruses, which have stayed in blood for up to six months [source: Manno 2003]. But suppressing the immune system or using a specially engineered virus would foil this test. And you'd need to periodically test athletes' immune reactions to many viruses [source: Baoutina].

Could you find the injected DNA? Maybe. The best place to look would be in muscle, where the DNA probably would be injected, but so far, that test is impossible. The athlete would need to tell you the muscle she or he injected and let you biopsy, which is unlikely [source: Baoutina]. If an athlete delivers his or her genes by virus, your chances are better. You could look in bodily fluids for viral DNA. Of course, how long the viral DNA stays depends on the virus, the person, the injection site and where you look.

Researchers are trying to image injected genes and transgenic proteins inside an athlete's body. This test, unlike a urine test, could find a gene or protein inside muscle. So far, the imaging requires radioactive tracers. While the tracers are safe, athletes may not want the tests routinely [source: Baoutina].

Finally, you could catch a gene-doper with body "signatures." Adding a gene isn't like flipping a switch; it's like pushing a domino in a line. It will touch off other changes: genes turned on or off, proteins booming and busting, cells building and dismantling things. The changes may leave clues in blood, urine or saliva. Scientists are injecting genes into mice and looking for testable changes. The hope is to build a chip to detect them [source: Baoutina]. "This seems to be a very promising approach," says Friedmann. Of course, testers would need ongoing samples to know athletes' normal ranges [source: Baoutina].

If you don't have the technology to catch a gene-doping athlete, policies are on your side. At the Beijing Olympics in 2008, the top five finishers in each event, plus two more athletes, gave blood and urine samples [source: Macur]. The International Olympic Committee keeps the samples for eight years for retesting [source: The New York Times].