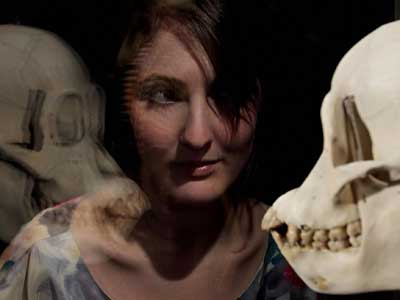 Darwin's work continues to resonate through modern society, as humans deal with the notion that while we're a product of evolution, we're not the finished product by far.
Leon Neal/AFP/­Getty Images

It's difficult to overstate Charles Darwin's influence on modern biology. His theories led to a complete divergence from religious biology, altering the way scientists view life itself. Whether you're digging up dinosaur bones, contemplating life on other worlds or researching a cure for cancer, Darwin's theory of evolution by natural selection plays a vital role. Nevertheless, the influence goes far beyond the sciences, constituting a true paradigm shift in science, society and literature.

­However, not all the ramifications of "Origin of Species" have been positive and beneficial. Following Darwin's death, sociologist Herbert Spencer applied natural selection to the study of conflict in social groups, coining the term "survival of the fittest." Social Darwinism was born out of this concept. Advocates argued that such qualities as compassion, charity and social responsibility were preventing natural selection form taking place.

The argument was simple: Humans had grabbed the crown of terrestrial domination by climbing the ladder of natural selection. In protecting those whom evolution would normally leave behind, humans dulled their chances for advancement. Governments and other human institutions, they argued, should stand back and let competition naturally eliminate the weak. While advocates predicted that this path would prevent stagnation for human race, critics charged the philosophy supported racist, capitalist and imperialistic causes at the expense of human compassion.

Perhaps inevitably, this philosophy led to eugenics. In 1883, a year after Darwin's death, English scientist Francis Galton theorized that it wasn't enough to stand back and let natural selection work its magic. He proposed that humans could speed the process along by simply removing inferior specimens from the equation altogether and encouraging only its strongest members to breed. In this, eugenics was meant to stoke the fire of human evolution. The inevitable flaw, of course, is how do you define what traits are desirable and what causes them? Mental health, physical health and heritage all entered the equation in a clumsy attempt to help natural selection along.

­Popular support for eugenics spread in the early 1900s, leading to both the United States' and Germany's use of forced sterilization programs to curb undesired hereditary traits. In time, the Nazis expanded the program to its Jewish citizens, rationalizing systematic genocide. With each new advancement in genetic science, some worry that we risk unleashing a new kind of eugenics on the world.

Culturally, the war of ideas between creationism and evolution, between the ichthys and the Darwin fish, rages on, just as it did in Victorian England. Some still refuse the idea of man as an evolutionary descendant of apes, while others have found a way to make our modern understanding of science stand side by side with faith in a creator god or gods.

­Expl­ore the links below to learn even more about evolution and natural selection, as well as creationism and intelligent design.

Did Charles Darwin take it all back on his deathbed and become a Christian again? Despite the popular story told by contemporary British evangelist "Lady Hope," Darwin's own son refuted her account. It seems the naturalist stuck to his guns and remained agnostic until the bitter end [source: Yates].