What happens when you thaw a "corpsicle"? 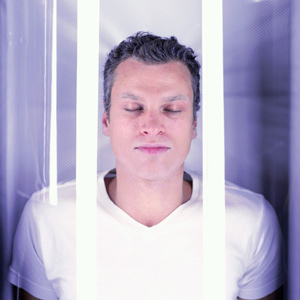 Want to wait around and see what the year 3000 will be like?
John Lamb/Riser/Getty Images

An Arctic frog can spend weeks frozen solid. It may seem like the frog's dead -- there's no respiration, brain activity or heartbeat -- but once things warm up, the frog thaws out and goes about its normal business. How is this possible? There's a chemical in the Arctic frog's bloodstream known as a cryoprotectant, which acts as a kind of antifreeze. Even though much of the frog is frozen, the cryoprotectant prevents ice crystals from forming in the cells, which could do long-term damage.

If Arctic frogs can survive a frozen hibernation, could people do the same? It sounds like an idea straight out of science fiction, and indeed, the term "corpsicle" was popularized by writers of the genre to refer to people who were frozen and then thawed decades later. But there are more than a hundred people who would probably prefer that we didn't use the word "corpsicle" to describe them. These are the people who have chosen to undergo cryopreservation in the hopes that they can be revived down the road, when cures for their ailments or the means for immortality have been discovered. In the parlance of cryonics, these are the "suspended people."

Cryonics is the preservation of a human being at very low temperatures. But human beings aren't like Arctic frogs; we lack a natural cryoprotectant in our bodies. That's why some people have joined cryonics facilities. For roughly $150,000, a cryonics facility will take a body and pump it full of cryoprotectant in a process known as vitrification. This cools the body without freezing it; as with the Arctic frogs, ice crystals in the body would cause damage upon thawing. The body is placed on dry ice until it reaches a temperature of -202 degrees Fahrenheit (-130 degrees Celsius) before it's put into a large tank of liquid nitrogen, which cools the body down even further. The body remains in the tank until it is reanimated.

So what happens when you thaw a suspended person? It's impossible to say -- no one has done it yet. Researchers still don't know exactly how to warm a person back up without doing damage to the body. You might wonder, then, how a facility can charge $150,000 for a job it can't finish. You aren't alone -- there are many critics who argue that cryonics facilities are cheating their customers.

Still, there are others who believe that the revival of a suspended person isn't far off, thanks to the rapid development of nanotechnology. If the field comes into being the way some researchers hope, very tiny little machines could be sent throughout a preserved body to fix all of its flaws -- everything from eliminating cancer from cells to restoring perfect vision to undoing any damage caused by the vitrification process. In other words, each person could be brought back whole and intact. What would such a thing mean for the human race? Ethicists have plenty of time to discuss such a thing; meanwhile, the suspended people wait.