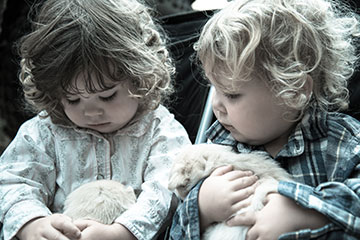 CRISPR makes it possible for us to move genes from any living thing into another one. So one day we might be able to change a baby's gene for brunette hair into one for blond.
Billie Leatham/Getty Images

Mutants are cool, right? X-Men, Teenage Mutant Ninja Turtles and superheroes across comic books and films wow us with the special powers that have been derived from their genetic mutations. However, those fictional genetic mutations are kind of hard to come by — you have to have been bitten by some special spider or exposed to some radioactive substance.

But what if doing genetic modifications was not just easy, but fast and cheap, too? Would you willingly become a mutant? Well, with a technology called CRISPR, you may be able to. Don't get us wrong — CRISPR isn't going to turn you into a superhero, but this scientific discovery has the potential to impact us in a big way.

Short for clustered regularly interspaced short palindromic repeats, CRISPR makes it possible for us to move genes from any living thing into another one, altering DNA for generations to come. It allows us to cut away genes that are doing terrible things — like those that cause disease — and replace them with segments of DNA that are innocuous.

At the same time, CRISPR technology is so powerful that humans could start to use it for more than just curing people of disease. Maybe to create more disease-resistant crops and livestock. Or to make yeast mutants that produce fuels that we can use to power our cars. We might start to get really creative and make designer babies, or even use the technology for evil — engineering bioweapons that are species-specific and wiping entire species off the face of the planet.

As we learn more about what the MIT Technology Review called "the biggest biotech discovery of the century," we also need to think about when we should use CRISPR and how it should be regulated.

While the CRISPR technology is pretty awesome, humans genetically modifying different organisms is nothing new. On the low-tech side, we have been selectively breeding crops for a long time. When farmers stumbled upon a juicy orange or a brightly colored tomato, they preserved those desirable genes by planting seeds from that plant.

But in recent years, we've kicked biotechnology up a notch. In the early 2000s, scientists figured out how to use enzymes, called zinc finger nucleases, to delete and replace specific undesired genes in a variety of organisms. The zinc finger enzymes, however, were expensive (upward of $5,000 a pop), hard to make, and the success rate was not optimal [source: Ledford].

So while the technology to edit genes was there, it wasn't until CRISPR came along that the idea of deliberately changing an organism's DNA felt within grasp. The first reference to CRISPR was in a 1987 journal article where scientists reported finding the short repeats of DNA that are the basis of the technology in E. coli bacteria. But it wasn't until 2012 that CRISPR became relevant. Since then, the use of CRISPR has skyrocketed in the scientific community. More than a billion dollars have been raised as startup capital for biotechnology companies that are using the technique [source: Ledford]. Government funding for CRISPR research is also through the roof.

In 2014 alone, close to $90 million was committed by the National Institutes of Health for CRISPR research [source: Ledford]. And since 2010, over 200 patents related to CRISPR have been filed [source: Ledford]. The rapid pace of research does not seem to be slowing down. As scientists learn more about CRISPR, it seems they are learning less about how the technique is limited and instead about how powerful it is. Thus far (2016), there is no organism it doesn't work on (CRISPR has been used successfully on human cells, but not yet in viable human embryos). So the technology is possibly universal. And just as important, it's very cheap. It generally costs about $75 to employ the technique, and can be as cheap as $30 [sources: Radiolab, Ledford].

So what is it about this technique that makes it so powerful? 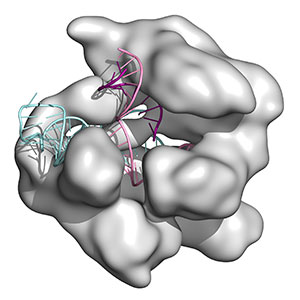 In 1987, scientists studying E. coli discovered repeated segments in the bacteria's DNA. This types of pattern in bacterial DNA is unusual, so they perked up when they noticed it, and reported the finding. Over time, scientists started seeing this pattern in many different types of bacteria, but there was still no hypothesis for what it was and why it was there. But in 2005, a search in a DNA database showed that the "clustered regularly interspaced short palindromic repeats" (or CRISPR) matched virus DNA.

But why would bacteria have harbored away virus DNA? Scientist Eugene Koonin hypothesized that when bacteria survive a virus attack, they cut up the virus into small pieces and store some of the virus DNA in their own genome so that they can later recognize and attack the virus if they happen to meet it again. They basically store a picture of the virus in their back pocket so that they'd recognize the bad guy if he were to ever show up again — a remarkable defense mechanism of the bacterial immune system.

Koonin's hypothesis was right. If that virus hits again, the bacteria manufacture special "assassins." These assassins can read the RNA sequence of any virus DNA they run into, recognize if it matches the information they've stored in their DNA, trap it and chop it up. It is as if the bacteria has created very specific, smart scissors.

This discovery was pretty cool, but not as cool as what University of California, Berkeleyscientist Jennifer Doudna thought to do with the information. She suggested that scientists could use CRISPR as a tool to help them edit genes. If they equipped the bacteria with a segment of DNA that is known to be bad — say a gene that causes blindness — they could send the bacteria in to seek out the bad gene, where the bacteria would find it and assassinate it. And then we could take advantage of the natural repair mechanism in the bacterial cells to throw a more desirable gene in its place [source: RadioLab].

It worked! And it kept working! Reversing blindness mutations has just been one of the ways CRISPR has been shown to operate. It's stopped cancer cells from multiplying, made cells impervious to HIV, helped us create disease-resistant wheat and rice, and countless other advances. In 2015, Chinese scientists even attempted to use the technology on nonviable human embryos but in only a few cases did CRISPR make the right cuts to the DNA [source: Maxmen]. Those results will probably improve over time.

But this begs the question: Do we even want to use it on embryos? Should we be allowed to? Who will regulate the use of CRISPR? 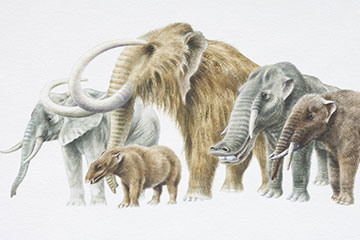 Could someone use CRISPR technology to resurrect the woolly mammoth by injecting a segment of its DNA into an elephant's DNA? It hasn't happened yet but that's just one concern some scientists have.
Dorling Kindersley/Getty Images

CRISPR technology is so relatively new that the scientific community has yet to fully understand all of its power. But one thing is for sure — they know its capability to impact the human race may be unmatched by any other biotechnology. With that great potential, the need to develop regulations around its use is imperative. But the breakneck pace at which research is being conducted in the lab has left little time for discussion of what the rules around research and use should be. It sounds great that CRISPR can cut away bad, unwanted genes and replace them with more desirable ones. But who is to say what is bad and what is good?

Without any regulations, CRISPR could be developed to the point where it can safely be used on a human embryo to alter its DNA. Would any parent say no to CRISPR if they learned their child had the gene for Huntington's disease and that CRISPR could remove it before the baby was born? And if we allowed parents to make these decisions about messing with their baby's DNA before he or she is born, where would that stop? Could they decide to make their baby tall instead of short? Blond instead of brunette? The changes that parents could choose to impart on their child would be permanent ones that would be passed down through generations. If this scenario plays out, it is easy to see how it could further the divide between have and have-nots. And we don't know what might happen in the long term to a child whose genes are replaced.

CRISPR is so cheap that even do-it-yourself biologists are tinkering with the technology in their makeshift home laboratories, which could have some very bad results. With CRISPR, people could possibly create species-specific bioweapons, easily clearing the planet of entire species. They could go back in time and resurrect extinct creatures or create invasive mutant species that can survive unchecked in new environments. Playing with species populations in this way can disrupt entire ecosystems with unknown consequences.

In December 2015, a group of scientists, bioethicists and policy experts from different countries met to talk about regulating human gene editing. One U.S. expert mentioned that the Food and Drug Administration needed to not just regulate the technology but specific uses of it to prevent off-label use. She also mentioned that there might be more risk from editing plant genes than from editing human genes [source: Regulatory Affairs Professionals Society].

With the great power of this technology, questions about CRISPR need to be addressed separately from ones about genetically modified organisms. Getting everyone across the world on the same page, however, will continue to be a challenge.

Writing articles like this scares me. This technology is so, so exciting. The implications generally seem so very cool, but it also feels like we have started to figure out so much about how to manipulate life with technology that we're bound to screw up at some point. CRISPR gives us so much power — and in ways that we can't anticipate. The world works well, you know? Messing with it is just scary. Then again, how could we ignore such a powerful technique that could help us in so many ways?