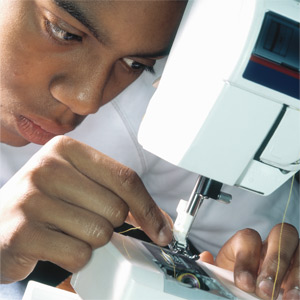 If you think that looks hard with normal-sized thread, imagine trying to sew a minuscule strand of DNA.
Lee Strickland/Getty Images

What if you could alter your genetic code? What if it were as easy as quilting? Could you piece together the "tall" code with the "dark and handsome" code, making yourself tall, dark and handsome?

The answer is a resounding "no" for several reasons. First, as smart as geneticists are, they still haven't pinpointed most of the genes that make us tall, dark and handsome. Second, once we grow beyond being a ball of a few cells early on in development, it becomes technically very difficult to alter the DNA in all of our cells. In adults, that would require tinkering with about 100 trillion cells [source: Boal].

­There's yet another flaw in your project -- that sewing machine. If you tried to manipulate your DNA with a sewing machine, you would smash it. On average, a sewing machine's needle is about 1 millimeter in diameter [source: Schmetz]. A human chromosome's width is at least 500 times smaller [source: Campbell et al.]. In addition, DNA is actually quite fragile. It can't withstand much force without breaking. In fact, if you hung a paper clip -- one that was 50 million times lighter than the office variety -- on the end of DNA, you would break it [source: Terao].

So unless you happen to be a scientist skilled in gene therapy, you don't have the equipment or the know-how to alter your DNA. But luckily your cells do, and they stitch together DNA every day without your help. Read on to learn about nature's sewing machine.

The Sewing Factory in Your Cells 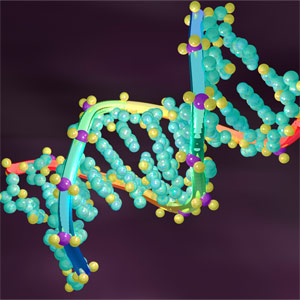 If you've read How Cells Work, you know that our cells divide. It's how we maintain ourselves, grow and repair injuries. If you're an adult, you might be surprised to learn that 2 million cells in your bone marrow divide every second to keep enough red blo­od cells in your blood [source: Becker].

Every one of your new bone marrow cells looks and acts just like the old. Why? Because they have the same genetic instructions in the form of DNA. The old cells take great pains to copy their DNA and hand it down to the new cells. You might think it happens like copying on a copy machine, where old cells keep their old DNA, and new cells get new DNA. But what happens instead is more like sewing.

If you could look inside one of your old bone marrow cells, you would see that DNA is made of two strands "sewn" together by chemical bonds. When the cell divides, a "scissors" enzyme, called helicase, rips apart the two strands. Like little pins, binding proteins hold the two strands apart. DNA polymerase, an enzyme that's like the best tailor in the city, follows the template of the old strands and sews in a new strand made from building blocks in the cell. After the cells split, each has "tailored" DNA made of a new and an old strand. DNA replication is an amazing and intricate process that you can learn about in How DNA Works.

Now that we know how our cells capably and constantly complete this process, let's see how aspiring seamstress scientists compare. 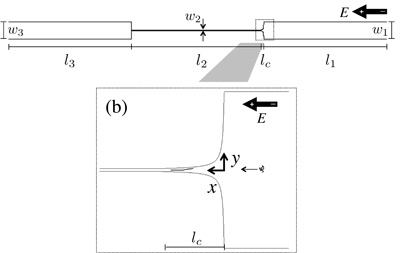