The Future of Epigenetics 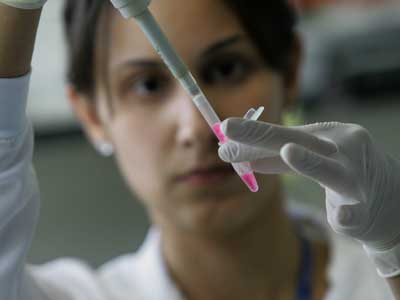 A scientific researcher extracts the RNA from embryonic stem cells in a laboratory, at the University of Sao Paulo's human genome research center in Brazil.
Mauricio Lima/AFP/­Getty Images

As knowledge of the epigenome grows, we continue to learn more about how the substances we consume and the social situations we inhabit influence the way our genes are expressed. Scientists are already rethinking the way organisms evolve and how traits are passed on from parent to offspring. But at what point will this knowledge begin to change the way we live? At what point will we be able to take a pill and block or unblock the right combination of genes to improve our quality of life?

­While turning off aging and fine-tuning the human genome are pretty awe-inspiring possibilities, epigeneticists are far more interested in discovering ways to treat epigenetic diseases. As some cancers occur due to the deactivation of tumor-suppressing genes, researchers have worked to develop medications that reactivate them. The drug azacitidine, for instance, treats leukemia in this manner. Finding just the right parts of the epigenome to treat, however, can be like finding a needle in a haystack. And once researchers find the areas they want to affect, epigenetic drugs aren't all that specific. They might succeed in blocking or unblocking the genes they wanted to treat, but also affect other genes, resulting in potentially dangerous side effects.

Following the completion of the Human Genome Project, the Human Epigenome Project is currently striving to map the scope of changes that can occur between genome and phenotype. Once finished, however, an epigenomic map could also prove useful in determining which individuals are at risk for certain diseases and encouraging the kind of lifestyle changes that can prevent the wrong genes from switching on or off.

More than future medicines are at stake, however. Epigenetic discoveries also force doctors to reexamine existing drugs. Even azacitidine, the first FDA-approved epigenomic drug, was used previously to treat bone-marrow stem cell disorders. It was only after the discovery of its epigenetic effects that doctors explored its uses in other areas.

Stem cells are also of key interest to epigeneticists. By studying the epigenetic changes that determine how cells develop, it may eventually become possible to dictate what tissue type a stem cell will develop into. For more information on the implications of this, read How Stem Cells Work.

In the meantime, the more we know about epigenetic changes, the more we realize the correlation between our actions and, not only our own lives, but the lives of our children. As we peel away another genetic layer to find out who we are, what other mysteries await us?

Follow the links below to learn even more about DNA.