Is it ethical to use stem cells? 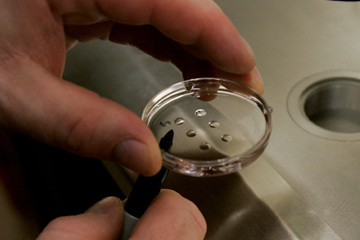 Stem cells hold great promise in helping us understand and treat many human diseases and conditions. That's because stem cells are quite unique compared to other types of cells. For one thing, unlike most normal types of cells, stem cells are capable of dividing and regenerating for long periods of time. Secondly, stem cells are unspecialized, which means they don't have a unique function, such as pumping blood to the heart or supporting muscles in the legs. These unspecialized cells can be trained, however, which means they could become specialized in whatever area of the body they're needed.

Why do these properties portend medical breakthroughs? Many of the deadliest diseases, such as cancer, are the result of uncontrolled cellular division. By studying how stem cells are able to reproduce without causing damage, scientists may be able to better understand the disease and determine more effective treatments. And the ability to regenerate new, unspecialized cells could revolutionize treatment for conditions caused by cellular degeneration. For example, during a stroke, brain cells are irreparably damaged; stem cells could kick-start the regenerative process and undergo specialization to replace the lost cells. It's impossible to know every possible medical use of stem cells because scientists haven't been able to conduct extensive research with them, but researchers claim that they may be the key to treating a host of diseases and conditions, including Parkinson's disease, diabetes, heart disease, multiple sclerosis, baldness and spinal cord injuries.

Research on possible treatments has been limited due to ethical concerns over where the stem cells came from. Until recently, scientists only knew of two ways to obtain stem cells -- from embryos and from adults. Adult stem cells are found in various parts of the body, such as the brain, bone marrow, blood, skin and heart, but they tend not to divide very often once they are removed from the body, and there has been some difficulty in re-specializing these cells. Embryonic stems cells are derived from a blastocyst, or an embryo that's between three and five days old. These embryos are usually furnished by clinics that perform in vitro fertility treatments; for one reason or another, they've been rejected for implantation into a womb.

It is embryonic stem cells that cause controversy. Removing the stem cells requires the destruction of the embryo, which some people liken to destruction of a human being. The issue comes down to the question of when life begins: Those who believe that life starts at the moment of conception think that harvesting embryonic stem cells is akin to murder. Some critics of this viewpoint have argued that these embryos were marked for destruction and then donated by their owners, meaning that these embryos would never have come to term anyway, but others predict that this excuse might lead to more ethically questionable actions in the future, such as harvesting embryos specifically for research.

Research Confirms It: We Really Are Getting Dumber
New Analysis Places 'Hobbit' on Unexpected Limb of the Human Family Tree
Commercial Ancestry Tests Can Reveal How Much Neanderthal DNA You Have