by Michelle Konstantinovsky Jan 26, 2018
Two cloned macaques named Zhong Zhong and Hua Hua are held by a nurse at the Chinese Academy of Sciences on Jan. 22, 2018. The twin primates are the world's first to be successfully cloned using the same method that made Dolly the sheep. Xinhua/Jin Liwang via Getty Images

The year 1996 was a big one for milestone moments: The Spice Girls hit No. 1 on the charts, Oprah started her book club, Tickle Me Elmo terrorized Christmas shoppers, and a little search tool called Google began indexing the interwebs. It was also the year a sheep named Dolly entered the world in a decidedly unconventional way: cloning.

Dolly has since gone to a better place, but as of this week, two new cloned creations are thriving. Meet Hua Hua and Zhong Zhong, the first primates created through the same technique that made the famous sheep.

As you can probably guess, technology has improved quite a bit since the days of Dolly, and advances made in the last few years have made cloning adorable monkeys a thing scientists can actually do now. But the basic idea is still the same: A technique called somatic cell nuclear transfer (SCNT) allows scientists to reconstruct an unfertilized egg and remove the part of the egg that contains most of its genetic information, otherwise known as the nucleus. Let's call that egg No. 1. That nucleus of egg No. 1 is then replaced with a nucleus from another egg (egg No. 2) and stimulated to grow into an embryo. Still following? The resulting embryo is then implanted into surrogate mother where it develops into (insert creepy sci-fi music) ... a clone of the individual who donated the nucleus of egg No. 2.

Now Hua Hua and Zhong Zhong are not the only SCNT babies born in the 22 years since Dolly; but they're the first primates to be considered a success. Scientists have created about 20 different animals including frogs, mice and dogs(!) using the SCNT technique, but before these celebrity macaque twins were born, all attempts at primate SCNT clones had failed. After three years of refining the procedure, researchers at the Chinese Academy of Sciences finally nailed it.

"By optimizing the method, we obtained 79 well-developed embryos and implanted them in 21 female monkey surrogates," Mu-ming Poo, one of the authors on a published paper chronicling the monkeys' creation, told CNN. The result was six pregnancies and the births of Hua Hua and Zhong Zhong.

If you're a monkey-cloning connoisseur, you may be wondering why we haven't made mention of Tetra, a rhesus monkey born in 1999. Tetra was technically a cloned primate as well, but she was created using a "simpler" method (because cloning can be simple?) that involves splitting embryos — kind of like the natural process that results in identical twins.

So why are scientists cloning monkeys (besides the obvious cool factor)? The goal of this project was to advance medical research since having genetically identical animals on hand can allow researchers to get a better grasp on the mechanics of specific diseases.

"You can produce cloned monkeys with the same genetic background except the gene you manipulated," Qiang Sun, senior author of the study and Director of the Nonhuman Primate Research Facility at the Chinese Academy of Sciences Institute of Neuroscience, said in a statement. "This will generate real models not just for genetically based brain diseases, but also cancer, immune or metabolic disorders, and allow us to test the efficacy of the drugs for these conditions before clinical use."

Plus, people really seem to love their little faces.

Now That's Interesting
OK, not everyone loves the idea of cloning — even when the results are so adorable. China has faced scrutiny over animal welfare in the past, and animal rights activists say cloning commodifies living creatures. But the study authors in this case say their facilities follow animal-welfare regulations set by the U.S. National Institutes of Health and that they're attentive to the monkeys' well-being. Only time will tell how the ethics tug of war plays out as cloning technology continues to develop.

Repeat Hits in Football As Bad As Those Causing Concussions, New Study Finds

Was the Wrong Person Convicted in the Atlanta Child Murders? 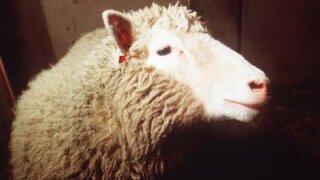 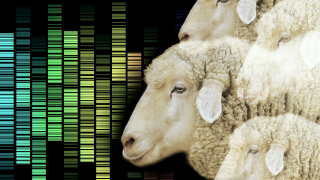 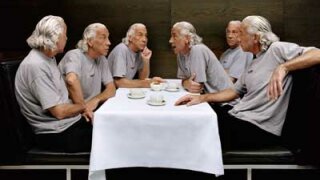 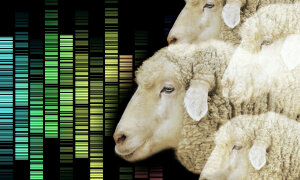