Is there a gene for every disease? 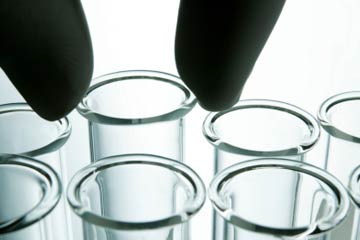 Where is the key to curing cancer?
iStockphoto.com/DNY59

If you put five people in the same room, the chance of any two of those five having the same name is pretty low. However, let's make that 150 people. You just might find yourself with three Graces and a handful of Davids.

Now, think about how many genes we have in our bodies. In case you're curious, that count is between 20,000 and 25,000 [source: U.S. National Library of Medicine]. That's a lot of genes, which means there are a lot of opportunities to see the same thing crop up repeatedly -- like mistakes.

Things go wrong frequently with our genes, and when they do, it's called a mutation. Mutations change our genetic code. Our genes hold the directions for making the proteins in our body, and without the right ones, much-needed proteins can't be made. Therefore, a mutation that messes up the directions for an important protein can lead to health issues.

Most of the time, our genes are able to fix themselves. The problem is when the error can't be rectified and the mutation results in a disease. Does this mean that every genetic mutation that sticks is tied to a disease?

Certainly, a lot of genetic issues are partnered with diseases. However, it's more complicated than pointing fingers at our genes, especially since mutations are the culprit. Some diseases have a direct origin from a genetic mutation, but others are more complex -- so complex that there are several ways genetic diseases happen. Let's look at four different ways genetic diseases arise.

The first type of genetic disease we'll explore is the rare mitochondrial disease. Mitochondria are in charge of feeding our cells. These master chefs take the energy from our food and turn it into something our picky cells are willing to use. Mitochondria may not be in the center of the cell where most of our genetic action takes place, but they do have a little DNA of their own [source: U.S. National Library of Medicine]. Diseases brought on by genetic mutations in our mitochondria are referred to, sensibly, as mitochondrial diseases.

Advance to the next page for the final two -- and a look at the future.

Our Genetic Code and Advances in Research

So far, we've examined mitochondrial and chromosomal diseases. For the final two -- single-gene and multifactorial diseases -- we'll focus in on what happens when mutations occur directly to our genetic code.

You could probably take a guess at what a single-gene disorder is just by its name. In single-gene disorders, a mutation occurs to one gene. This, in turn, means that the gene may not be able to provide the proper instructions for creating a much-needed protein, resulting in an illness. Cystic fibrosis, a disease affecting the mucus glands, is just one example of a single-gene disorder. Because of a genetic mutation that hinders regulation of fluid flow through cell membranes, people with cystic fibrosis have excessive mucus that gets in the way of normal body functions.

In the final type of genetic disorder we'll talk about, more than one gene gets in on the action. Multifactorial genetic disorders occur when more than one gene is affected by a genetic mutation. These mutations could be inherited from our parents or come about from our environment -- from exposure to chemicals, for example. Many of our most common ailments, such as diabetes, Alzheimer's disease and heart disease, have been labeled multifactorial genetic diseases.

Cancers are also multifactorial diseases. Different cancers are a result of multiple genetic mutations. Together, these mutations hide the critical blueprint needed to make proteins in charge of monitoring cell growth. As a result, cell growth gets out of control, leading to tumors.

Thanks to the mapping of our genetic code and other advances in research, scientists are continually making discoveries about the connection between our genes and diseases. However, it isn't always 100 percent clear just how much genetic mutations are at fault and how much we're driving the prevalence of certain illnesses ourselves. Case in point: obesity, which is caused by an imbalance between energy (calories) in and energy out.

Is obesity a direct result of our environment, or are genetics at play in this condition? Although we still have much to learn, it looks like both work together to contribute to obesity. Some scientists point to a theory that a genetic susceptibility to obesity comes from having ancestors who survived famine. Over time, the survivors passed on the genetic ability to "hold tight" to food energy. That's great news during a famine, but not so hot during times of plenty. Other theories point not just to this evolutionary change, but also to the possibility that genetics drive a person's excessive fat storage ability, diminished ability to turn fats into fuel, overeating habits and lack of physical activity [source: Centers for Disease Control and Prevention].

When it comes to obesity and the continued discoveries of how genetics are behind our illnesses, only time will tell. That said, in our fast-paced world, it may not be that much time. After all, the Human Genome Project, a massive effort of the National Institutes of Health and U.S. Department of Energy to map our complete genetic sequence, took just 13 years -- 1990 to 2003. Without a doubt, this research is on a fast-track schedule.