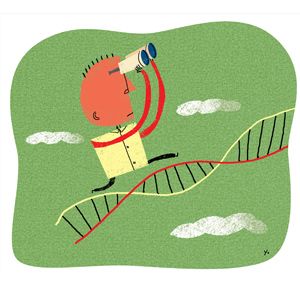 Actually, you don't need those binoculars to see that the future of gene therapy looms close.
James Yang/© Images.com/Corbis

Do you remember Charlie Gordon? He was the star of "Flowers for Algernon" an acclaimed novel (and later Academy-Award-winning movie) written by Daniel Keyes in 1966.

Gordon was a 32-year-old mentally disabled man whose disability could be traced to an untreated case of phenylketonuria (PKU), a disease that's caused by the loss of a gene. That gene codes for an enzyme that metabolizes the amino acid phenylalanine. If people with PKU eat foods containing phenylalanine, the compound and its byproducts build up in their blood and become toxic, causing brain damage, loss of pigmentation, seizures and a host of other problems.

In the world of fiction, Gordon eventually overcomes the inherited disease by undergoing an experimental surgery to increase his intelligence. In reality, people born with the condition have a much different experience, but only because they follow a strict low-protein diet to avoid foods containing phenylalanine, such as meats of all kind, dairy products, nuts, beans, tofu and the artificial sweetener aspartame.

The ideal solution may lie somewhere between dangerous brain surgeries and stringent dietary restrictions. In fact, the ideal solution may be to replace the missing gene so that people with PKU can enjoy high-protein foods as much as people without it. Thanks to advances in gene therapy -- the addition of new genes to a person's cells to replace missing or malfunctioning genes -- this seemingly impossible dream may soon be a reality.

Gene therapy has come a long way since the dark days of the 1990s, when the much-heralded treatment led to the deaths of several patients. Researchers have learned a lot in the last two decades, perhaps the most important of which is this: Gene therapy is easy to describe on paper but much harder to implement in human cells. Luckily for us, these determined scientists have continued to work at the puzzle until, finally, gene therapy stands poised to revolutionize modern medicine.

On the next few pages, we're going to take a crash course in gene therapy -- how it works, what it can treat, why it's tricky and when it might be available at your local clinic. Before we get on the gene-therapy fast track, let's take a few preparatory laps to review the fundamentals of DNA function and gene expression. 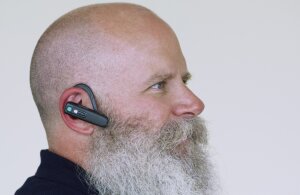 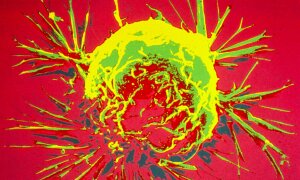 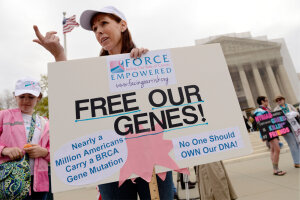