One Gene, One Protein: The Basics of Gene Therapy 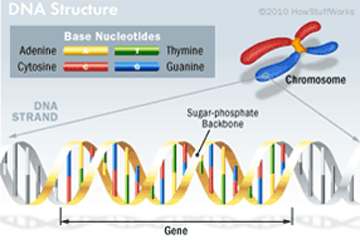 Understanding this medical treatment requires a working knowledge of genes. The good news is you probably covered this in your high-school biology class, but just in case you've forgotten, here's a quick recap. A gene refers to a single unit of hereditary information -- a factor that controls some specific activity or trait. Genes exist on chromosomes, which themselves reside in the nuclei of our cells.

Chromosomes, of course, contain long chains of DNA built with repeating subunits known as nucleotides. That means a single gene is a finite stretch of DNA with a specific sequence of nucleotides. Those nucleotides act as a blueprint for a specific protein, which gets assembled in a cell using a multistep process.

Proteins are the workhorses of cells. They help build the physical infrastructure, but they also control and regulate important metabolic pathways. If a gene malfunctions -- if, say, its sequence of nucleotides gets scrambled -- then its corresponding protein won't be made or won't be made correctly. Biologists call this a mutation, and mutations can lead to all sorts of problems, such as cancer and phenylketonuria.

Gene therapy tries to restore or replace a defective gene, bringing back a cell's ability to make a missing protein. On paper, it's straightforward: You simply insert the correct version of a gene into a strand of DNA. In reality, it's a little more complicated because cells require some outside assistance in the form of a virus. You probably think of viruses as agents that cause infections -- smallpox, influenza, rabies or AIDS. In gene therapy, scientists use these tiny living-but-not-living particles to give a cell a genetic makeover. In the next section, we'll explore which viruses are used and why.