There's a Genetic Reason Why Labrador Retrievers Are Obsessed With Food 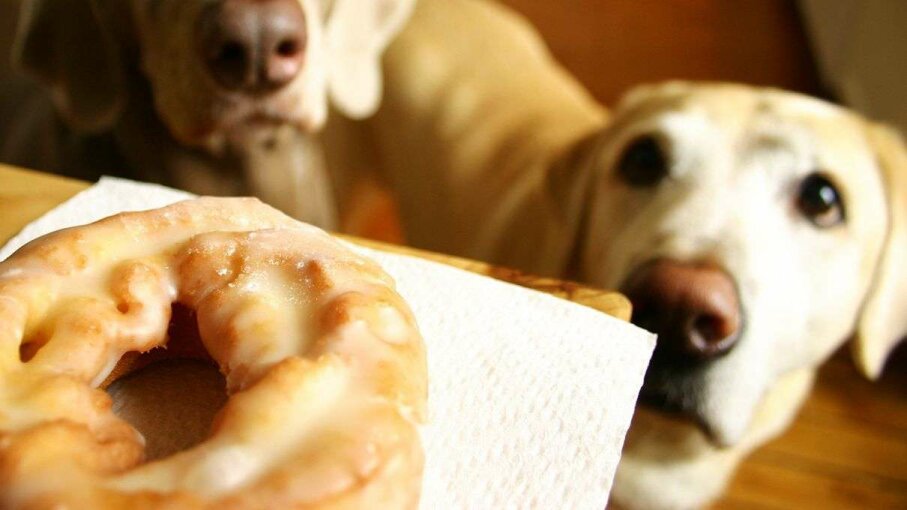 Dogs love to eat — this much we know. But have you ever wondered why some dogs take their time, or even wait to eat until the mood strikes, while other dogs — we're looking at you, Labrador retrievers — stare, beg, whine, and then wolf down food the minute the bowl hits the floor?

A new study published today in the journal Cell Metabolism looks into why Labrador retrievers in particular are so motivated by food.

Regardless of owner and feeding habit, Labs tend to be more obese than other breeds.

Eleanor Raffan, the study's lead author, is a University of Cambridge veterinary surgeon and geneticist. Her previous work was on human obesity, which informed her look into canine corpulence.

"We've found something in about a quarter of pet Labradors that fits with a hardwired biological reason for the food-obsessed behavior reported by owners," says Raffan in a prepared statement.

Her team first looked at 15 obese and 20 lean Labrador retrievers two years ago, examining three genes known to affect obesity and weight in humans. The team found a variation on a gene called POMC, which has been associated with human weight differences. In the obese dogs, the end of the gene was missing a section of DNA — and further investigation showed that it's missing from approximately 23 percent of Labs. Of 38 other breeds examined, only Labrador cousins flat-coat retrievers were missing the same gene segment.

After that initial research, the scientists expanded their study to a sample of 310 Labs, and found the POMC DNA mutation influenced canine corpulence as well as a number of behaviors. In general, the dogs missing the DNA were heavier than those with it, and were more motivated by food according to owner surveys — they paid attention to food more intently, and begged for food and scavenged for scraps more often.

A Labrador retriever eyes a watermelon.
Manuela Schewe-Behnisch/EyeEm/Getty Images
Now That's Cool
This genetic discovery in Labs is important not just for understanding dog obesity, but because it could shed light on human weight as well. The POMC gene in mice and rats, which are more commonly used to study obesity, isn't as similar to our own as dogs' POMC.