Bring on the Clones: Arguments for Gene Banks 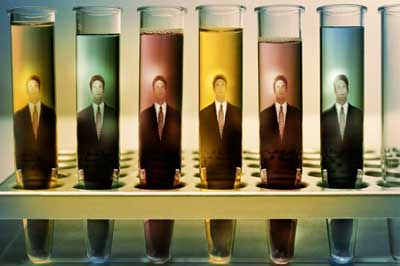 Today, many mothers hope their child grows up to be the next Serena Williams or Peyton Manning. Why not go one step farther and actually give birth to one of their clones?
Monice du Soir/The Image Bank/Getty Images

Banks of extraordinary genes already exist. We just call them sperm banks. As these establishments are in the business of providing quality genetic material to women who need help conceiving, they're discerning with their donors. Sperm banks generally screen donors on a basis of height, education, age and medical history.

In 1980, Robert Graham advanced the concept and founded the Repository for Germinal Choice -- or, as it came to be known, the "Nobel Prize sperm bank." So the idea of saving genetic material from exceptional human specimens is nothing new. We're already doing it. We're just combining the material with the mother's genes. Cloning removes the need for the mother's genes to enter into the picture at all, making her the child's physical mother, but not his or her genetic parent.

And if we did clone these banked individuals? The resulting children would indeed be products of their environment and upbringing, each with their own sense of individuality. They would also have distinct genetic advantages, even if they ultimately squandered them. Parents already can screen pregnancies for genetic disorders such as Down syndrome. Advocates could argue that giving parents the chance to choose the best genes possible for their children is a (giant) step in the same direction.

As for the argument that parents might place unfair expectations on a child cloned from an extraordinary person, supporters point out that such situations are common with children anyway. Many parents push their children to succeed or live vicariously through their achievements. Is a child more prone to mistreatment or love based on who his genetic parent or parents are?

The larger issue of human cloning itself will continue to be a topic of great ethical debate in the decades to come. But if the practice becomes legal and accepted, then the stockpiling of prime genetic material for future cloning will likely happen as an extension of current trends.

Explore the links below to learn more about cloning and genetics.